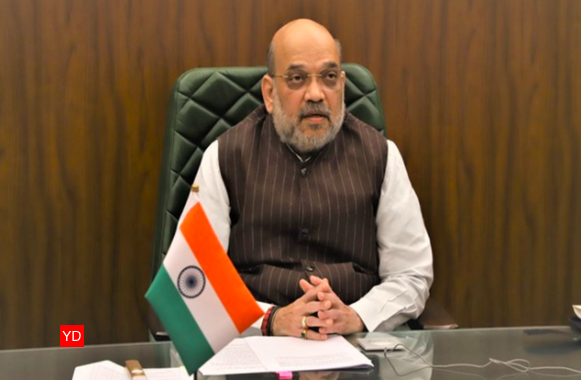 Union Home Minister Amit Shah arrived here on Friday around 3.45 pm on a three-day visit to Andaman and Nicobar Islands, where he will be taking stock of various development initiatives, a senior official said.

He was received at Veer Savarkar International Airport by Lieutenant Governor Admiral D K Joshi and MP Kuldeep Rai Sharma, along with officers of the local administration, he said.

Shah, shortly after his arrival, visited the National Memorial Cellular Jail and laid a wreath at the Martyrs” Column, the official said.

He also took a tour of VD Savarkar”s cell and paid homage to the freedom fighter.

On Wednesday, Shah will undertake an aerial survey of various development initiatives, including Shaheed Dweep eco-tourism project and Swaraj Dweep Water Aerodrome, in the Union Territory.

He will also visit Netaji Subhash Chandra Bose Island during the day.

Shah is expected to attend a programme to be organised by A&N Police on Sunday, the official added.