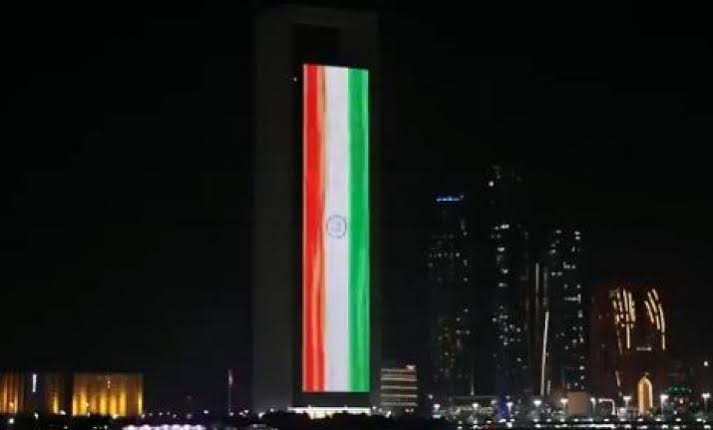 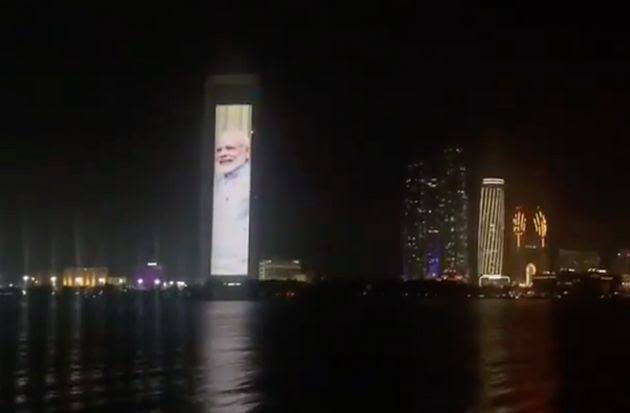 The facade of the ADNOC Group Tower in Abu Dhabi was lit up with the flags of India and the UAE and portraits of Prime Minister Narendra Modi and Abu Dhabi Crown Prince Mohammed bin Zayed Al Nahyan to mark the swearing in of the Indian leader, Agency reported here.

Modi took oath for a second term in office on May 30. The Abu Dhabi National Oil Company (ADNOC) is the state-owned oil firm of the United Arab Emirates (UAE).

Meanwhile, “Now this is true friendship! As PM @narendramodi is sworn in for a second term in office, the iconic @AdnocGroup tower in Abu Dhabi is lit up with India and UAE flags and portraits of our PM and of HH Sheikh,” Indian Ambassador to the UAE Navdeep Singh Suri tweeted and tagged a video of the lit tower.

Here are some more pictures from the swearing-in ceremony. Grateful for everyone’s blessings.

The occasion was made even more special by the participation of esteemed world leaders. I thank them for being a part of today’s programme. pic.twitter.com/5EA5SBiizp

“Beyond the symbolism of these images is also the clear direction that the Prime Minister Modi and Sheikh Mohamed bin Zayed have provided to diplomats like us to make ‘the India-UAE Comprehensive Strategic Partnership’ a truly vibrant example of what we can achieve when we work together’,” Suri told the WAM news agency.

He said that India-UAE relations witnessed “a real transformation” since Modi’s visit to the UAE in August 2015.

“The close friendship that has blossomed over the last four years between our Prime Minister and the Crown Prince is well-known. The whole world can see it today in this unique celebration of the re-election of the Prime Minister for a fresh five-year term.”

Suri added that the transformed relations made an unprecedented impact in areas such as trade and investment flows, food and energy security, manpower and skills, literature and culture, defence, space and security cooperation, and growing people-to-people connections.

“So, as the Prime Minister starts his second term in office, there is tremendous sense of optimism for India-UAE ties. We now have the opportunity to build upon the strong platform that we have created over the last four years, and to make the coming period a truly ”Golden Era” in our relationship.”

External Affairs Ministry spokesperson Raveesh Kumar tweeted: “An extraordinary gesture! the UAE government lit up the iconic ADNOC building in #AbuDhabi on the occasion of the swearing-in ceremony of PM @narendramodi and Council of Ministers.”