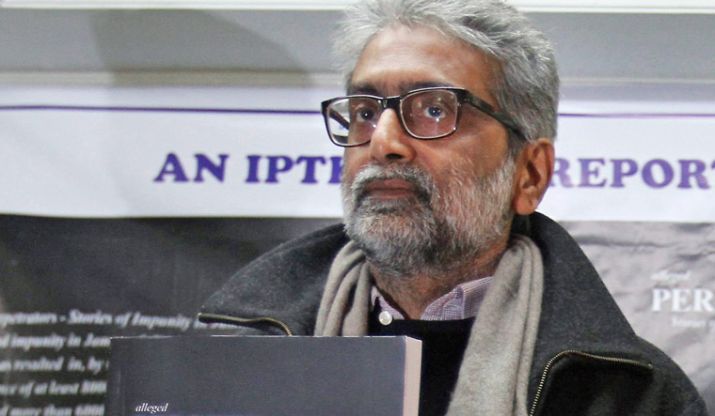 A bench of justices Arun Mishra and Deepak Gupta however asked Navlakha to approach the concerned court to seek pre-arrest bail in the case.

When the counsel, appearing for the Maharashtra government, objected to the grant of further interim protection to Navlakha, the bench questioned the state as to why they had not interrogated him for over a year.

The apex court had on October 4 extended till October 15 the interim protection from arrest granted to Navlakha.

The high court had refused to quash the FIR lodged against him in the 2017 Koregaon-Bhima case and for having alleged Maoist links, noting that there was prima facie substance in the case.

“Considering the magnitude of the case, we feel a thorough investigation is required,” the high court had said and extended the protection from arrest to Navlakha for three weeks to enable him to approach the apex court to file an appeal against its order.

During the previous hearing, Navlakha”s counsel told the court that he was the secretary of the People”s Union for Democratic Rights (PUDR) and has always condemned violence.

However, the bench had asked Navlakha as to why he has not approached the court to seek anticipatory bail under section 438 of the Code of Criminal Procedure (CrPC) in the case.

He had told the court that Navlakha can approach the court for anticipatory bail but the apex court should grant protection to him as has been continuing since over last one year.

However, charge sheet has not been filed against Navlakha, the counsel said.

The Maharashtra government had earlier filed a caveat in the matter seeking to be heard before any orders are passed.

The FIR was lodged against Navlakha and others by the Pune Police in January 2018 after the Elgar Parishad held on December 31, 2017 that had allegedly triggered violence at Koregaon Bhima in Pune district the next day.

The police has also alleged that Navlakha and other accused in the case had Maoist links and were working towards overthrowing the government. They were booked under the provisions of the Unlawful Activities Prevention Act (UAPA) and the Indian Penal Code.

Besides Navlakha, four others — Varavara Rao, Arun Ferreira, Vernon Gonsalves and Sudha Bharadwaj, are accused in the case.