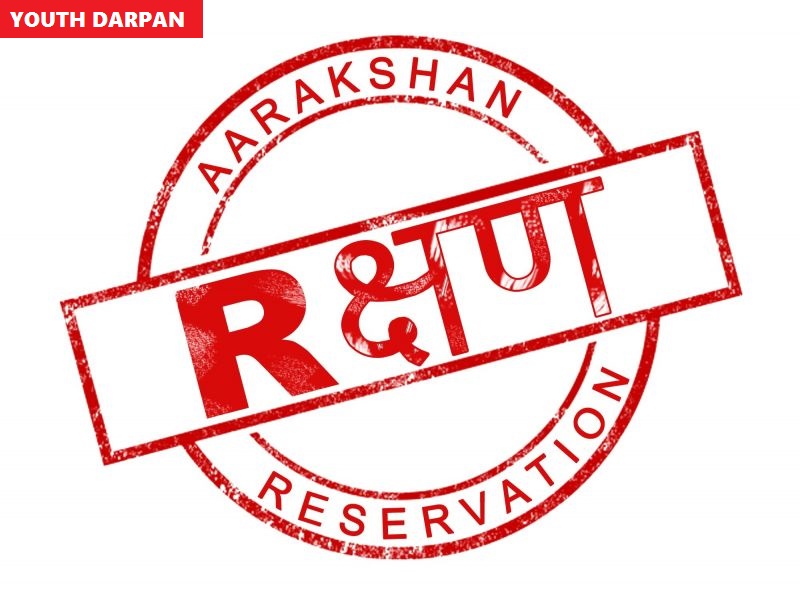 India: What are your views on caste based reservation system in India?

“British colonized India for 100+ years, plundered the country’s wealth creating unequal opportunities on a global scale. We as next generation Indians deserve reservation in education/jobs in UK”
I wonder how many upper-caste Indians would say ‘No‘ to this. It’s a completely separate story this won’t ever be implemented, so no one would take this seriously. Moreover no British would agree to it especially considering bleak jobs scenario today. So essentially being an upper-caste Indian & bluntly stating “reservations aren’t good”,”vote-bank agenda” is narrow-sighted and selfish view of things- as I may just consent to the previous scenario which is analogical. Moreover caste-based reservations isn’t something new India has tried globally.

There’ve been color-based reservations everywhere including US (inciting the wrath of Ku-Klax-Klan), South African cricket team. Color is similar to the caste in the sense it comes with birth; also there are rich blacks, poor whites just like rich dalits, poor Brahmins. It’s not similar in the sense color is a tangible thing and not a social construct, while it’s the reverse for caste. Thus whatever stance I take here, I must explain it in detail:


1. Aim of reservation/ Why it’s needed:
To create a level-playing ground as success may often reflect how hard you worked, but not what opportunities you had (or hadn’t). For instance, Dhirubhai Ambani bootstrapped, but Mukesh & Anil had a fortune to inherit– on which they capitalized nicely & became richer. Contacts plays a very essential role today in many things- getting a job, starting a business. These contacts often come from family. So reverse-tune 100 years, and you’ve a society where members of the same caste interacted with each other, married amongst themselves- essentially stratification into close-knit communities on the basis of caste. Since there were much more upper-caste people who were rich, by their networks and contacts they could help the other upper-caste people to become rich as well, while lower caste person finding no contacts has to strive lots more and still often remain there itself (upper-castes had oppressive policies to keep their rise in check). Thus it became a vicious cycle which won’t ever end. (Check Makarand Sahasrabuddhe’s answer Is discrimination by caste and skin colour common in India?) Reasoning it was unfair to never give them an opportunity just based on family they are born into, reservations were envisaged.

2. Why Protests?
Upper-caste Indians have a valid point of this system being a reverse-discrimination or anti-meritocracy. Argument: the society isn’t as caste-conscious as it used to be 50 years ago. That’s the problem: only when the awakening comes regarding them not being ‘naturally inferior’ will we start thinking of their upliftment. So the upper caste ones question if they aren’t discriminatory, why do they need reservations?That’s the tragic coincidence- efforts were never made before this. The dilemma- the beginning of providing opportunities has to coincide with the awakening; but this makes the logic of reservation questionable. Moreover, people are glad to be reaping benefits of their ancestor’s success (by inheriting wealth, contacts) but are not willing to pay for their ancestor’s mistakes. Due to these contradictions, hell breaks loose & we’ve nationwide protests.


3. So is the current policy good?
Going from Section I; noticing contradictions in Section 2 it can be concluded, YES it’s needed. So my argument: reservations are needed, and not later or in any other (more or less discriminatory) society but today. Thus the benefits of reservation:-
i)   Initiating the lower-castes into the society, into positions of opportunity
ii)  Giving them the much-coveted contacts
iii) Now they can speak, interact with higher-caste people (bridging the gap)
iv) Education. The more people from these castes are educated, the better decisions they can take in the next elections & vote out such govts.

Now let’s analyze the problems it’s creating.
i)  Zero-sum Game: The Govt did well to analyze the need of reservations. However the policy gave nothing in return to the upper-castes which it was displacing. Or, the infrastructure and development couldn’t catch up with the implementation of the policy. Thus with similar infrastructure & reserved seats, every beneficiary comes at the cost of someone from ‘general caste’ who worked harder(not taking into account benefits he had) but couldn’t make it. He now must try somewhere else.
ii) Anger in upper-castes: Apart from just that, it began to widen the gap. If lower castes were earlier perceived as ones who would defile your surroundings, now they maybe just perceived as ones who would steal what you deserved.
iii) Beneficiaries: Naturally the beneficiaries would be ones who are better-off in these castes, since they can afford more resources & the policy makes no distinction as to who amongst these castes can avail. Moreover even every upper-caste (middle-class) Indian wants more, considers themselves poor nowadays. So seeing rich benefactors from reserved classes of what they always wanted as a gift from their parents, makes them angry further.
iv) Quantity of reservations: 50%. Too much. Especially when the infrastructure isn’t able to cope up. What people strive to attain, blocking half-of-the seats is bound to cause indignation and furore.
iv) Various levels: IITs, IIMs, IAS, jobs, promotions. There is no limit as which of these one can use reservation on. Ideally if one gets admitted into IIT, he has a level-playing ground (with doles from the govt on stuff he can’t afford) with top students of the country. But if he can reuse the policy to get admission into IIM or IAS from here, it is bound to infuriate many hardworking IITians who couldn’t make it because half-of-the seats were blocked again. Moreover multiple generations of the benefactor can keep availing any combination of these.

Thus the policy aims to do good, but is no good. So rather than directly stating it a “political agenda”, I would in the long run conclude this as the result of failed governance. Their narrow-minded policies without analyzing the entire repercussions. After all, it’s governance only which ensures Britain would never have the proposed policy- it doesn’t serve their political agenda.

4. Proposed Alternatives:
So seeing that an immediate need is there for upliftment, but the current policies are being counterproductive, some proposed changes:-
1) Proportion of reservations directly proportional to infrastructure growth
2) Reservations in primary & secondary, rather than tertiary education. (reservations in private schools simply shows Govt’s admittance of lack of quality in Govt schools- such a Govt must be thrown out) Investing in primary & secondary education sector, overhauling it, reserving seats
3) [going with the aims, exempting those who are already initiated, have contacts]
Conditions on beneficiaries such as-
a) Limit on availing the policy– set a limit of 2 levels for 10 years, then 1       (includes further generations as well)
b) Income limits- those who didn’t avail, but were somehow well-off don’t have to take it just for the sake of it by virtue of “belonging to the lower caste”
c) Implementation period limit– If this ends in a restricted time frame, say 10 years, upper-caste Indians would have reasons to believe the aim is upliftment

After all, the aim is to remove the caste-based opportunities (and the lack of it) & keep removing those off the list who’ve reached where the policy intended.

Balaji Viswanathan, Reservation/Affirmative Action is a complex issue and there is no black & white conclusion about it. My positions on this have changed in the past. I will lay out my thought process. The most important part about Reservation is the motivation behind it. Its effectiveness and results are entirely dependent on that motivation.  A few overlapping motivations that different people have:

Different people have different motivations. For me, if the motivations of reservations are 1 & 2, then it is good. If it is 3, 4 and 5, then it is bad. If we really care about 1 & 2, here is what could be done:

Of course, if our motive is really point 1 & we want to get a lot of poor, discriminated dalit, tribal and other backward community students up to the top, we could well tweak the current system & make sure the benefit mainly goes to the first college going student of the discriminated family. However, if the motivations are not point 1, then real problem occurs and that is the current state we are in…