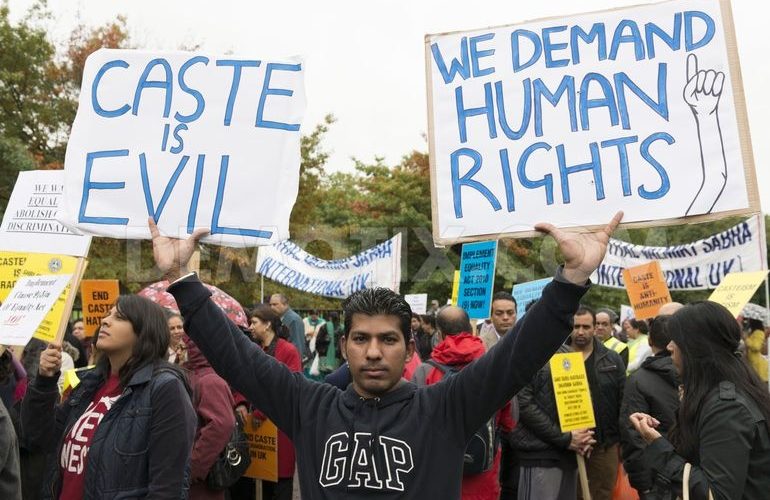 Untill and unless we ensure that people get to know the truth, It is not possible. The god is one and it is same in all religions and scriptures. The root is one. They need logic to understand why all are equal and older caste system is not anymore valid.Brahmin is a person who walks on the path of meditation and spirituality. No matter where he is born, how he is born, which family he is born in, a person who meditates and have a thirst to get the ultimate is a brahmin. Earlier almost all Brahmins used to walk on the path, but now it is not valid.

Similarly we need to understand, if all are saying the same thing, whether you read Geeta, go to Sikhism, Islam, Christianity, Jainism, Budhism, they talk about the same root, one ultimate God. But we tend to get stuck somewhere else.

And we will save India later, lets save ourselves first. Start meditating, start walking on the path and spread love like a flower spreading fragrance all around. Change will automatically start happening.

More than 165 million people in India continue to be subject to discrimination, exploitation and violence simply because of their caste. In India’s “hidden apartheid,” untouchability relegates Dalits throughout the country to a lifetime of segregation and abuse. Caste-based divisions continue to dominate in housing, marriage, employment and general social interaction—divisions that are reinforced through economic boycotts and physical violence.

In 2007, for instance, the IHRC issued a series of statements and a report based on its analysis of India’s failure to uphold its international legal obligations to ensure Dalit rights, despite the existence of laws and policies against caste discrimination.  The report Hidden Apartheid—which was produced in collaboration with Human Rights Watch—was released as a “shadow report” in response to India’s submission to the United Nations Committee on the Elimination of Racial Discrimination, which monitors implementation of the International Convention on the Elimination of All Forms of Racial Discrimination.  IHRC also participated in proceedings related to the Committee’s review of India’s compliance with the Convention and presented the report’s findings.