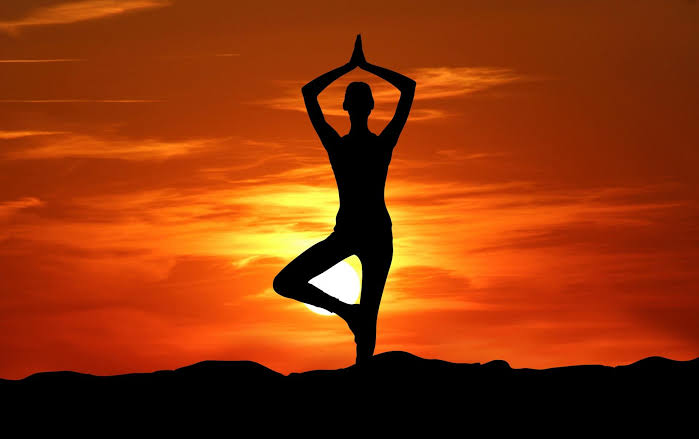 Interest and enthusiasm for Yoga has increased tremendously all over the globe during the last four years with the United Nation (UN) declaration of International Day of Yoga and its global celebrations across the world. Although, The science of Yoga has its origin thousands of years ago, Long before the first religion or belief systems were born and the science of Yoga imbibes the complete essence of the Way of Life. It Derived from the Sanskrit word “Yuj”, that means “Union of the Individual” consciousness or soul with the Universal Consciousness..

Happy International Yoga Day to all of You, Please do it at daily basis to secure your health and physical body: Trilok Singh.

Meanwhile, Deputy UN Secretary-General Amina Mohammed has stated that yoga can help the world in these troubled times by inspiring the adoption of a sustainable lifestyle to fight climate change and by promoting tolerance and peace. She said that, “The essence of yoga is balance not only within us, but also in our relationship with humanity, with the world. As such, yoga can promote solidarity, social integration, tolerance justice and peace”.

#FBF to last June, when hundreds of people celebrated the power of yoga at UNHQ in NYC. More on Friday’s #YogaDay: https://t.co/Rq9olCt6xX pic.twitter.com/igW190qohY

Moreover, “It teaches us a holistic vision of the world encouraging us to live in harmony with ourselves, society and nature.” Where The theme of the celebration was Yoga and Climate Action, and Mohammed asserted that yoga “has a valuable contribution in addressing climate change, the defining issue of our time, by inspiring us to shift away from the unsustainable practices towards inclusive green growth, conscious consumption and much more sustainable lifestyles”.

In India, Prime Minister Narendra Modi stated in a video message that the global importance of yoga is that like it unites the body, mind and soul, it can also unite the world. Further, The PM performed the day with more than thirty thousands people in Ranchi, India. While President Ram Nath Kovind, who took part in an indoor event in Parliament, “On   International Day of Yoga best wishes to all practitioners of yoga across the world. Yoga is India’s gift to humanity; it holds the key to healthy living and to that fine balance between mind and body. Do become a part of the celebration of yoga.” The President asserted.

On #InternationalDayofYoga best wishes to all practitioners of yoga across the world. Yoga is India’s gift to humanity; it holds the key to healthy living and to that fine balance between mind and body. Do become a part of the celebration of yoga #PresidentKovind pic.twitter.com/5ecObY4dC1

Furthermore, In another event organised by the South Delhi Municipal Corporation (SDMC), Union Minister Piyush Goyal and MP Manoj Tiwari along with several other hundred participants performed yoga on this day at the Talkatora Stadium in National Capital. Meanwhile, Union Minister Smriti Irani posted pictures of her doing yoga with other participants at an event in Bijwasan. Also, Newly-appointed Lok Sabha Speaker Om Birla participated in an event in Parliament premises on this day. The Delhi Police also marked the day at the Thyagaraj Sports Complex, where the chief guest was Amulya Patnaik, the Commissioner of Police, Delhi.

However, The celebration was filled with symbolism relevant to the issues of the day. In a show of the nature’s challenge, week-long rains continuing into the day, turned the United Nation lawns soggy, forcing the event indoors into the General Assembly chamber. And the hall that often echoes with words of disharmony and confrontation instead reverberated with chants of “Om, Om Shanti” led by the yoga gurus.

Time: 7 am Where: Gateway of India What a huge turnout , No better way to celebrate #internationalyogaday than practicing it with the CISF ,CRPF and NCC cadets and officials.. The high point.. we continued with the session notwithstanding the Rain.. A true celebration 🧘🏾‍♂️ Happy international Yoga day instafam.. Start today.. if you haven’t already . #peace #yoga #motivation #yogasession #happy #gratitude #practice #gatewayofindia #pranayama #lifestylemodification

As per the official Inputs, In a sign of human ingenuity meeting nature’s adversities, the yoga masters quickly changed the planned mass outdoor yoga exercises into a performance of “office yoga” for closed in spaces by the diplomats, officials and yoga enthusiasts thronging the UN Assembly chamber. Notably, India’s Permanent Representative ‘Syed Akbaruddin’ noted that the International Yoga Day was born in that very hall through a resolution adopted by the Assembly in 2014. “There is growing discourse among the global community that yoga can be one of the tools in our collective quest for promoting ‘sustainable development’ and lifestyles in harmony with nature,” as per he asserted.

Greatly, Yoga drives the quest for balance and this “provides us with a framework for managing our needs and desires”. “When applied to communities and societies, It offers a toolkit for embracing lifestyles that are sustainable, lifestyles that appeal to the human yearning for harmony.” Also, Celebrity yoga instructor and pranic healer Sunaina Rekhi of Mumbai’s Yoga Gallery received loud cheers as she led the audience through a freewheeling session of joyous yoga with feet stomping and jumping in place showing how to relieve stress and relax.

Read Also, Looking For Plus Size And Comfortable Yoga Pants?

Importantly, Swami Paramananda of the Sivananda Yoga Vedanta Centre, and Kevin Tobar from the Bhakti Centre led chants and yoga exercises adapted for practice in confined spaces like offices. Since June 19, a light show of yoga asanas is being projected on the north face of the iconic, 39-storey UN building at night.

Despite all of this, Indian Prime Minister stated that, the government has been working to make yoga a pillar of preventive healthcare and wellness. Expressing concern that the youth was increasingly becoming vulnerable to heart ailments, “Yoga can play a huge role in tackling the issue and hence, this year’s theme is ‘Yoga for Heart’.” The Prime Minister also stressed on the need to strengthen research on yoga. “Today when the world is accepting yoga, we also have to further research on yoga; we have to unite yoga with fields of medicine, physiotherapy, artificial intelligence,”.