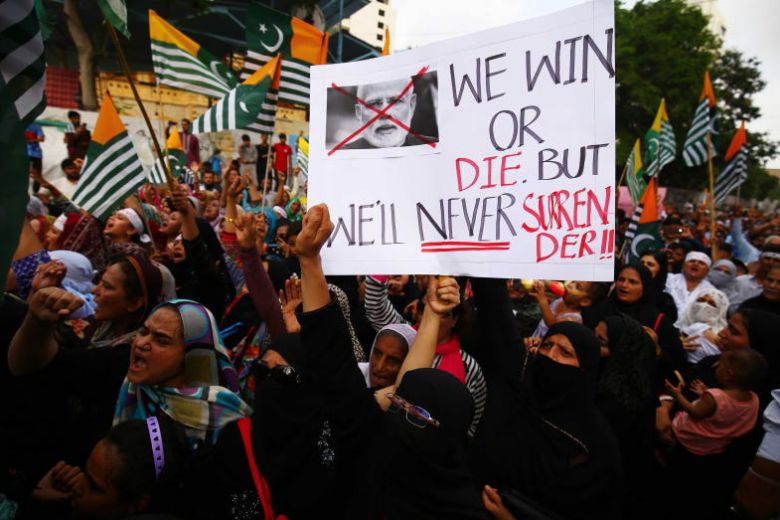 US Senator and Democratic presidential contender Bernie Sanders said on Sunday that the Modi-Trump rally is happening in Houston at a time when Kashmir remains under lockdown.

“When President (Donald) Trump meets with Indian Prime Minister Narendra Modi in Houston, we will hear much about the friendship between the American and Indian peoples,” the 77-year-old leader said in an opinion piece in Houston Chronicle.

“However, there will be a deafening silence when it comes to a human rights crisis unfolding right before our eyes – and that is unacceptable,” he added.

Addressing the annual convention of the Islamic Society of North America in Houston on Saturday, Sanders said that he was “deeply concerned” about the situation in Kashmir and asked the US government to “speak out boldly” in support of a UN-backed peaceful resolution to resolve the issue.

India has categorically rejected any scope for third party mediation on Kashmir, saying it was a bilateral issue between India and Pakistan – a position that has been backed by President Trump who had recently offered to mediate.