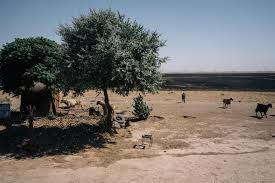 The UN Food and Agriculture Organisation has teamed up with the Slow Food movement to organise a study tour this week in Italy for a group of small-scale women farmers from war-torn Syria.

The two organisations have teamed up to enhance the skills of small-scale women food producers from Syria – all with the aim of supporting crisis-affected communities to regain or boost their livelihoods, and reviving the country”s agriculture sector, the FAO said in a statement on Tuesday.

Seven women from western, central and southern Syria will learn from farming communities in the Piedmont and Liguria regions that produce and promote local, organic and artisan foods marked by high quality and respect for traditions, the statement added.

The Syrian women are expected to gain knowledge on all aspects of production, marketing and value chains of a range of products – including dairy, honey, oil, cereals, breads and vegetables – and to pass on this knowledge to other women farmers in their communities upon their return, according to the statement.

The women will also be included in the global Slow Food network of local farmers so that they can continue learning and sharing knowledge and experiences, said the statement.

The Syrian women come from Homs, Hama, Lattakia, Tartous, Aleppo, Sweida and Al-Qunatra governorates, and each produces one type of local food from of their village – from dried figs to honey.

They women either own a small plot of land (less than half hectare), growing food for their family”s consumption and/or are engaged in activities such as making jams, pickles, tomato paste, cheese and other food products to support their families.

“We are honoured to accompany these Syrian farmers to visit our producers and Presidia,” said Nazarena Lanza, Slow Food Area Coordinator.

“We would like to build on this partnership and organise other workshops to improve the production of foods in semi-arid areas by using agro-ecological practices. Years of conflict, climate change, and decades of monocultures have led to serious declines in biodiversity and the loss of expertise to engage in sustainable agriculture,” added Lanza.

The Slow Food projects help artisan food producers and farmers all over the world to safeguard their food and agricultural heritage.

“This initiative is part of FAO”s wider efforts to boost the country”s agriculture and improve food security for a population that has been through a lot, and is determined to pick up the pieces and get back on their feet,” said Mike Robson, FAO Representative in Syria.

FAO is supporting rural women producers and their communities in Syria to become more resilient by helping increase their food production and improve their entrepreneurial skills.

FAO provides them with good quality inputs like seeds and fertilisers and training on sustainable agriculture and marketing.

The agency also sets up irrigation system and creates and strengthens women producers” and water users” groups, reinforcing women”s roles at a time when they are shouldering a lot of responsibilities.

Slow Food is a global network of local communities founded in 1989 to prevent the disappearance of local food cultures and traditions and counteract the rise of fast food culture. Since its founding, Slow Food has grown into a global movement involving millions of people in over 160 countries.

Slow Food has set up a local chapter and ten school gardens in Syria and aims to build a wider network in other Arab countries.