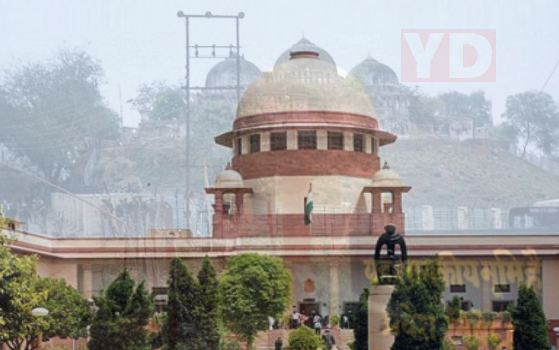 BJP MP and RSS ideologue, Mr Rakesh Sinha has articluted the grip of ruling party over the recent SC decision, the larger privar or he would soon introduce a “private member’s bill” in Parliament seeking the construction of a Ram temple on a disputed site in Ayodhya. To those who keep asking the BJP and the RSS about when Ram temple will be constructed, I have a straight question: Will you support my private member bill on Ram temple?” He also questioned why the SC was delaying hearing the case and said that the issue of a Ram temple in Ayodhya is a “top priority for Hindu society”.

Here is a list of private member’s bills previously passed in parliament:

1. The Muslim Wakfs Bill, 1952: The bill was for providing better governance and administration of Muslim Wakfs and the supervision of Mutawallis’ management of them in India. The bill was introduced by Syed Mohammed Ahmed Kasmi in the Lok Sabha and passed in 1954.

2. The Code of Criminal Procedure (Amendment) Bill, 1953: Introduced by Raghunath Singh in the Lok Sabha, the bill was passed in 1956. The bill aimed to empower the revisional court to stay or suspend the final orders of lower courts.

3. The Indian Registration (Amendment) Bill, 1955: This bill was moved by S.C. Samanta in the Lok Sabha and was passed in 1956. The bill aimed at removing the anomaly of recording castes and sub-castes of parties in a deed for registration, as India is a secular state.

4. The Proceedings of Legislature (Protection of Publication) Bill, 1956: Brought by Feroze Gandhi in the Lok Sabha, it was passed in 1956. It aimed to protect journalists reporting on parliament proceedings and to define by law the privilege available to publications made in good faith of reports of proceedings of legislatures.

5. The Women’s and Children’s Institutions (Licensing) Bill, 1954: Introduced by Rajmata Kamlendu Mati Shah in the Lok Sabha and passed in 1956, the bill was to regulate and license orphanages and other institutions caring for women and children under 18 years of age and to provide for the proper custody, care and training of their inmates.

7. The Hindu Marriage (Amendment) Bill, 1956: Introduced in the Rajya Sabha by Seeta Parmanand and passed in 1956, this bill says that when both the parties belong to the Hindu religion and are marrying under the Special Marriage Act, they will be governed by the Hindu Succession Act, 1956.

8. The Code of Criminal Procedure (Amendment) Bill, 1957: It was introduced by Subhadra Joshi in the Lok Sabha and passed in 1960. To remove the hardship caused to a woman in spending money on litigation when her husband commits the offence of bigamy.

9. The Orphanages and Other Charitable Homes (Supervision and Control) Bill, 1960: Introduced in the Rajya Sabha by Kailash Bihari Lall and passed in 1960, the bill was to provide for the supervision and control of orphanages and other charitable institutions for their better management.

10. The Marine Insurance Bill, 1959: The bill introduced by M.P. Bhargava in the Rajya Sabha and passed in 1963, this bill modified the law relating to marine insurance.

11. The Hindu Marriage (Amendment) Bill, 1962: Introduced in the Lok Sabha by Diwan Chand Sharma, the bill was passed in 1964 to make the right to apply for divorce available to both the parties in case of a decree for judicial separation or restitution of conjugal rights instead of the right being available only to the party who obtained the decree.

13. The Indian Penal Code (Amendment) Bill, 1967: Introduced by Diwan Chaman Lall in the Rajya Sabha and passed in 1969 it was to enable works of art to be exempted from the penal clauses in the principal Act relating to punishment for obscenity.

14. The Supreme Court (Enlargement of Criminal Appellate Jurisdiction) Bill, 1968: Introduced in the Lok Sabha by Anand Narian Mullah and passed in 1970 aimed to enlarge the appellate jurisdiction of the Supreme Court in regard to criminal matters.

The basic function of parliament is to make new laws, amend existing laws and repeal old laws. For every such procedure, a bill needs to be passed in both houses of parliament. Once passed in both the houses, bill needs to get assent of the president to become an act. The relevant articles of the constitution are 107 (Provisions as to introduction and passing of Bills), 108 (Joint sitting of both Houses in certain cases), 109 (Special procedure in respect of Money Bills), 110 (money bills) and 111 (assent to bills).

If a bill is introduced in the house by a minister, it is called government bill or public bill. If the bill is introduced by any other member than a minister, it is called private member bill. A private member bill can be introduced by both ruling party and opposition MPs. While Government bill needs a seven day notice for its introduction, private bill needs one month notice. The Government bill has more chances to get clear, private bills are generally withdrawn or get lapsed. A Bill is the draft of a legislative proposal. It has to pass through various stages before it becomes an Act of Parliament.