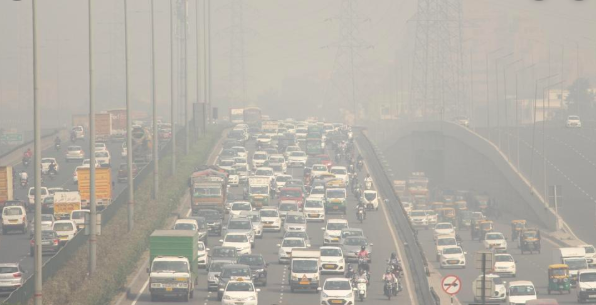 The Central Pollution Control Board on Thursday asked various stakeholders in the city, including civic bodies, to take stringent action against illegal industrial units and conduct rigorous inspection of pollution hotspots during the peak October to February season to combat air pollution.

It said stringent action, including issuing of challans, should be taken against illegal industries.

Board chairman S P Singh Parihar also wrote to the secretary, the Ministry of Environment and Forests, and the chief secretary of the Delhi government to ensure strict vigilance and zero tolerance towards any air polluting activity and rigorous inspection of pollution hotspot areas during winter months from October to February.

The air quality in the national capital starts deteriorating from October.

In another directive, he asked the National Highway Authority of India, DMRC, Central Public Works Department, National Building Construction Corporation, DDA, PWD of the Delhi government and other agencies of the NCR to strictly comply with orders prohibiting open storage of construction material and waste.

He also asked them to properly implement guidelines on dust mitigation measures.

In a separate directive to Delhi Traffic Police, transport authorities of the NCR, Parihar has asked for strict enforcement of preventive, punitive and mitigating actions in traffic corridors, impose challans on polluting and overloaded vehicles.

The letter also asked to do random auditing of polluting vehicles before the onset of winter season and implement effective parking plans and action against authorised parking of vehicles, especially in congested areas.