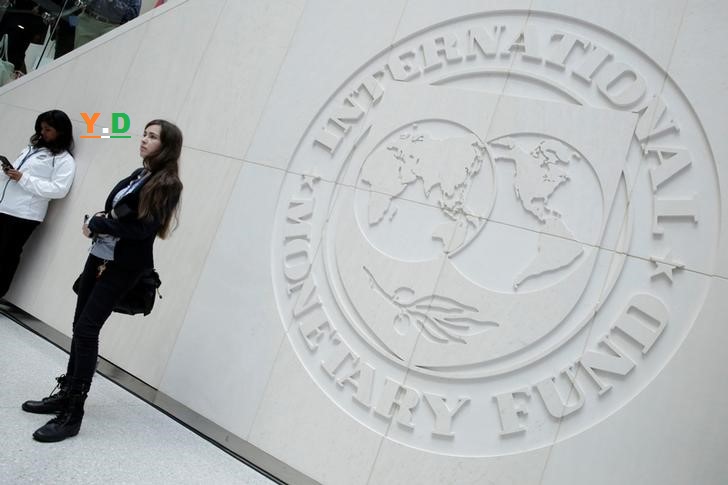 On October 09, 2018, The International Monetary Fund (IMF) has acknowledged the ‘Economic reforms’ carried out under PM Modi and projected India to be the world’s fastest growing economy this year and next. Moreover, The World Economic Outlook (WEO) released ahead of the International Monetary Fund annual meeting in Bali and mentioned, “In India, important reforms have been implemented in recent years, including the Goods and Services Tax, the inflation-targeting framework, the Insolvency and Bankruptcy Code, and steps to liberalize foreign investment and make it easier to do business.”

Now ‘Development Discourse’ in India has undergone transformative change in the wake of demonetisation, GST, PSU bank recapitalisation, Air India Privatisation etc. It is no longer a exercise which can be carried out merely by the government of the day in terms of infrastructure and tangible notion but at the same time it is a conceptualisation of human freedom that enable him/her to attain the highest possible goals through democratic means.

Importantly, The IMF also warned that global growth may be significantly harmed with further escalation of trade tension, which is a result of the uneven global economic recovery that has fuelled inward-looking policies and contributed to increased policy uncertainty. A decade since the economic crisis, while there has been an undeniable progress towards a safer global financial system, clouds appear on the horizon, the IMF mentioned in its most recent fiscal stability report. “The global economic recovery has been uneven and inequality has risen, fuelling inward-looking policies and contributing to increased policy uncertainty. Trade tensions have emerged, and a further escalation may damage market sentiment and significantly harm global growth,” it said.

But citing external factors – “the recent increase in oil prices and the tightening of global financial conditions” – it cut India’s growth projection made in July for next year by 0.1% to 7.4%, which would still be the world’s fastest growth rate for major economies.  It kept the 7.3 per cent growth projection for this year made in July. Compared to the projections made in April, the current one for 2018 is lower by 0.1 per cent and for 2019 by 0.4 per cent. Up from India’s growth rate of 6.7 per cent in 2016, the growth projections for this year and the next reflect “a rebound from transitory shocks” of demonetisation and the implementation of the national Goods and Services Tax” and “strengthening investment and robust private consumption,” WEO said.

Beyond 2019, the IMF sees India’s growth rate improving “owing to structural reforms and a still-favourable demographic dividend.” “India’s medium-term growth prospects remain strong at 7.75 per cent, benefiting from ongoing structural reform,” it added. For China, the next fastest growing major economy, the IMF said it was lowering the growth projections for next year made in April by 0.2 per cent to 6.2 per cent “given the latest round of US tariffs on Chinese imports.”

This year’s growth for China stays at 6.6 per cent. Overall for the global economy, the IMF cut the growth projections made in July for this year and the next by 0.2 per cent to 3.7 per cent, as IMF Chief Economist Maurice Obstfeld warned that “there are clouds on the horizon” and “the likelihood of further negative shocks to our growth forecast has risen.”

“In several key economies, moreover, growth is being supported by policies that seem unsustainable over the long term,” he said. He cited the uncertainties in trade as a result of US President Donald Trump’s policies and the tightening of financial markets in developing countries among factors increasing the risks to global growth,

This was the final WEO released under Obstfelt’s watch as he is leaving the IMF at the end of this year and will be succeeded by Gita Gopinath, the Kerala government’s economic adviser. For India the IMF recommended “reform priorities include reviving bank credit and enhancing the efficiency of credit provision by accelerating the cleanup of bank and corporate balance sheets and improving the governance of public sector banks”.

It added, “A high interest burden and risks from rising yields also require continued focus on debt reduction to establish policy credibility and build buffers. These efforts should be supported by further reductions in subsidies and enhanced compliance with the Goods and Services Tax.” Recently, The World Bank (WB) chief also recalled the recent honours received by the Prime Minister Narendra Modi, including the UNEP Champions of the Earth Award and the Seoul Peace Prize, and congratulated him for the same.

PM Modi thanked the World Bank president for the institution’scontinued guidance and support in India’s efforts to improve..  Meanwhile, “Everybody in Gujarat knows that whenever the PM does any work, it is always extraordinary. It has to be different. You all would have experienced that his work is all about speed, skills and scale. These three things are part of this work,” Goyal said praising Modi at the event which was largely attended by bankers and seven BJP MLAs.

Disclaimer: YD is determined to include views and opinions from all sides of the spectrum. This doesn’t mean we agree with everything we publish. But we do support their right to the freedom of speech. In case of content writers/editors/bloggers articles, the information, ideas or opinions in the articles are of the author and do not reflect the views of YD. YD does not assume any responsibility or liability for the same.