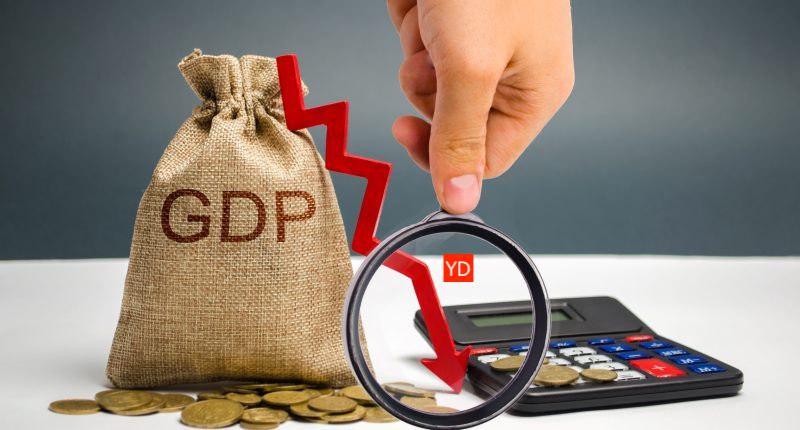 Ahead of the October 21 Haryana Assembly Election, Congress spokesperson Mr Manish Tewari on Oct 18 alleged that the Indian economy is in ICU due to the “utter incompetence” of the current dispensation of India which has left the people in a “state of despair”. Mr Tiwari hit out at the Manohar Lal Khattar government in the state and argued that, “Why would the ‘majoritarian’ need to fight elections on issues like Article 370 had Khattar given a clean and transparent regime”.

Meanwhile, Former PM Manmohan Singh, On Oct 17, The PM Narendra Modi government should stop blaming the UPA for every economic crisis, as five years was sufficient time to come up with solutions. Addressing a press conference ahead of Maharashtra polls, he was replying to a question on First woman Finance Minister Nirmala Sitharaman’s Statement in the United State, where she remarked that the banking sector passed through its worst phase during the tenures of Former PM Manmohan Singh and former RBI Governor Raghuram Rajan.

The NDA government should have learnt from the UPA’s “mistakes”, and provided “credible solutions”, Singh added. The Ex-PM also mentioned that in order to revive the Indian economy you have to make correct diagnosis of the problem, adding the ruling party leaders are not bothered to look into the root cause of the issue. Under the UPA government, there was a global economic meltdown but the country’s leadership of that time ensured India remained largely unaffected, Mr Tiwari asserted.

Moreover, Expressing grave concern over the crisis involving the Punjab and Maharashtra Co-operative (PMC) Bank which is mired in a multi-crore scam. Thus the public money is no more safe in Indian banks and the scam has been totally damaging that has left thousands of depositors in a state of shock. “The situation today is similar to the one after demonetisation when people had to form queues to take out their own money from the banks. The situation may get worse in the days to come,” Mr Tiwari claimed.

“The utter incompetence of the incumbent regime has resulted in destruction of our economic growth, leaving the common man in a state of despair and helplessness,” the former Union minister said. It is shameful that India has been ranked 102 of 117 countries in the Global Hunger Index 2019, behind its neighbours Nepal, Pakistan and Bangladesh, he asserted.

The MP from Anandpur Sahib in Punjab also claimed that the BJP government’s “disastrous” demonetisation policy and implementation of the wrong model of the GST have led to the “collapse” of the Indian economy. “These days it is often argued that the Indian economy is in a tailspin, I truly believe that it is actually in ICU,”.

“Today the economy is in tatters but BJP government is silent on this. Investors have lost faith in the Indian economy and NDA is responsible for this. This is a man- made tragedy, a man-made disaster created and conceptualised by the NDA government,”. The current dispensation of India should answer people how unemployment rate has become so high, they should tell people about the state of the economy and also give them an account of its pre-poll promises, the Congress leader asserted.

However, One problem may be that even as India’s central bank continues to cut interest rates—which are already at their lowest level in nine years—outdated state banks often avoid passing on cheaper loans to consumers. And the private sector seems too spooked by a global slowdown to make large investments. Put together, these trends led a top government think tank leader to admit last week that India’s economic situation was “unprecedented” and that “nobody is trusting anybody else” in the government and private sector. Mr Ravi Agrawal and Kathryn Salam attributed on FP (Foreign Policy).

Despite this, Thomas Isaac, the finance minister of the state of Kerala, attributed that Sitharaman’s announcements didn’t amount to enough. “What is required is a large fiscal spending package,” he wrote. And in a rare example of a top Indian businessman criticizing New Delhi, Adi Godrej, the chairman of the Godrej conglomerate, told Business Standard reporter last week that “the speed of decision-making is very good for example in Kashmir, but the speed of decision-making on business matters is not good.”