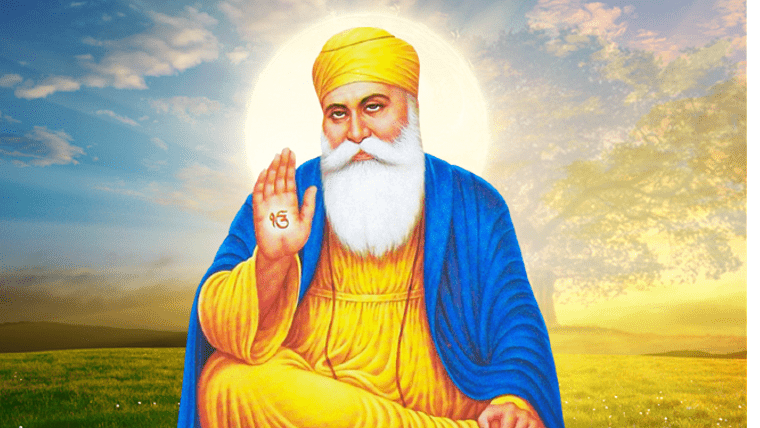 With Guru Nanak Dev”s birth anniversary being observed around the world, such moments of “collective effervescence” are enormously meaningful, with the first Sikh master offering a strong and enduring infrastructure with fellow humans, a new book says.

#WATCH Punjab: Fireworks at the Golden Temple in Amritsar on the occasion of Gurpurab today. #GuruNanakJayanti550 pic.twitter.com/7S6fU5h6wk

“Over the years, more and more Sikhs and non-Sikhs are coming together to celebrate the First Sikh,” Nikky-Guninder Kaur Singh writes in “The First Sikh – The Life and Legacy of Guru Nanak, noting that the very first time she heard the Master”s hymns in public worship on American soil was at a Sindhi gurdwara in Boston in 1974.

Thus, be it at the University of California-Davis, the Yuba County, the Indian Consulate in New York, the Pothohar community hosting an elaborate evening at the Mayfair Theatre in the heart of London or the valedictorian reciting Guru Nanak”s hymn at the baccalaureate service (convocation) of the Colby College in Maine, Singh writes: “Such moments of ”collective effervescence” are enormously meaningful. The feeling here is not a simple tolerance of people of other faiths, or adding aspects from different faiths into a syncretic blend; to the contrary, it is real respect for and rejoicing in the difference and distinctive richness of our shared humanity.

The author, Crawford Professor and Chair of the Department of Religious Study at Colby College, wonders whether in the 21st century, when we easily connect over email, Twitter, Skype, Facebook and Instagram, “do we connect emotionally and spiritually?”

“The First Sikh offers us a strong and enduring infrastructure with fellow humans. We remember him, we imagine him, and we praise him for breaking barriers; innovatively and gently he guides us to envision the single Reality – timeless, formless, fearless, who cannot and must not be confined to any sect or religion.

“Men and women of all ages, stages of life, sexual orientations and religious backgrounds are inspired by his ”magical; personality and ”magical” words. They are magical for sure, precisely because they are so real, applicable and empowering,” the author states.

Singh notes that in a “glorious tribute”, eminent poet Mohammad Iqbal (1877-1938) compares Guru Nanak to “the luminous Abraham, the son of Azar and the spiritual ancestor to the Jewish, Christian and Islamic religions. Just as Abraham brought the light of monotheism to his idolatrous world, Guru Nanak enlightened India with a unicity of the divine One (tawhid):

Thus, it”s little wonder that the ”Nanak effect”, Singh writes, “surges across multiferous channels and moves us to embrace fellow beings. Seeing ”our” self in the ”other” is what Guru Nanak”s visual, poetic, philosophical and musical renditions bring about”.

His repertoire of 974 hymns is an “extraordinary gift for humanity”, the writer says, adding that Guru Nanak “does not belong exclusively to the Sikhs, his person and voice transcend all man-made boundaries, all their ideological systems and categories. There is no conclusion here. The momentum of his legacy is taking on a dynamic trajectory. The First Sikh”s 550th birth anniversary is but the beginning of exciting new encounters”.