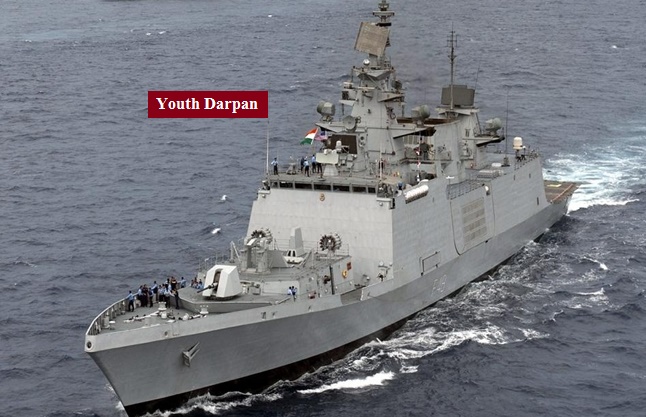 Indian Navy’s search and rescue operations continued for the third day over Southeast Arabian Sea and Lakshadweep and Minicoy islands in the aftermath of Very Severe Cyclonic Storm ‘OCKHI’. The ships deployed by the Southern Naval Command include IN Ships Sagardhwani, Jamuna, Nireekshak, Kabra and Kalpeni off the Kerala coast and Sharda , Shardul towards Lakshadweep islands. Besides this three air craft viz, Dornier (Do) fixed wing aircraft, Seaking Helicopter (SK) and Advanced Light Helicopter (ALH) were also deployed throughout the day.

A total of 84 personnel have been rescued over the last two days which includes 62 by aircrafts and 22 by ships. Additionally, transfer of two dead bodies was also effected through ALH to Thiruvananthapuram after being picked up by INS Sagardhwani.

Of the 62 people rescued by naval aircraft 8 personnel were transferred to Kochi in batches of 04 after being picked up 20 Nautical miles southwest and 80 nautical miles west of Kochi respectively. Those evacuated to Kochi were given preliminary first aid at naval clinic at INS Garuda before being handed over to the civil administration. The rest of the rescued persons have been transferred to Thiruvananthapuram.

INS Shardul from Kochi is heading towards Minicoy islands with Humanitarian assistance and disaster relief (HADR) “bricks”, which includes water, dry provisions, medical equipment, blankets, diving team, generators, salvage equipment, desalination and decontamination kits, diving team and has a Chetak helicopter embarked. The relief material would sustain 2000 persons for over a period of seven days. INS Sharda is heading towards Kavaratti islands with HADR material sufficient to last for more than seven days for 500 people. The ship while proceeding to the islands, saved nine lives from a capsized boat in distress enroute.

Naval ships fom Mumbai, INS Chennai, Kolkata and Trikand have also sailed out from Mumbai for Lakshadweep and Minicoy (LAM) islands with HADR material sufficient for approximately 5000 persons and would last for more than seven days. Androth and Kavaratti are reported to be experiencing strong winds of 40-60 knots coupled high swells of 3-4 metres with a sea state of 5-6. All the ships are expected to reach LAM by Monday morning. 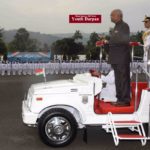