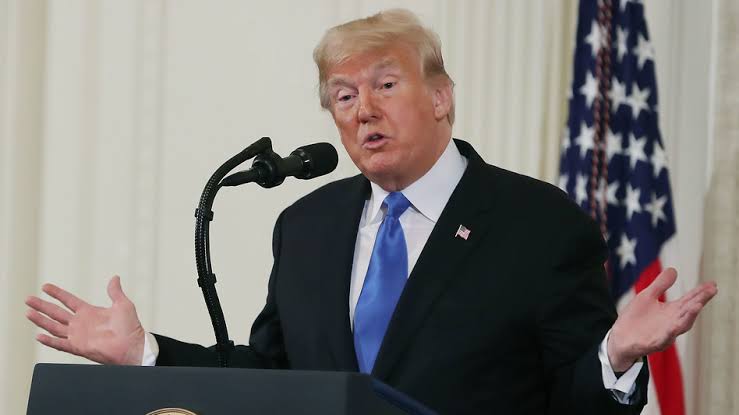 US President Donald Trump, in a bid to reassure voters concerned about his support for the fossil fuel industry, has said his administration”s policies have made the US a world leader on the environment.

“From day one, my administration has made it a top priority to ensure that America is among the very cleanest air and cleanest water on the planet,” he said on Monday in a speech at the White House, Efe news reported.

At the same time, he insisted on the importance of economic growth.

“We will defend the environment but we will also defend American sovereignty, American prosperity and American jobs,” the Republican president said.

Democrats and environmentalists, who have denounced Trump for his 2017 decision to withdraw from the 2015 Paris Agreement on climate, were unimpressed by the speech, which, according to media accounts, was motivated by worries that the administration”s environmental policies could hurt the president”s 2020 re-election campaign.

Yet instead of acknowledging climate change as a problem, Trump renewed his attacks on the Paris Agreement, calling it unfair to the US.

He insisted that the US leads all countries in reduction of emissions of greenhouse gases.

“We”re unlocking American energy and the US is now a net exporter of clean, affordable, American natural gas,” he said. “Since 2000, our nation”s energy-related carbon emissions have declined more than any other country on earth.”

US greenhouse emissions grew 3.4 per cent in 2018, the largest increase in eight years, and Trump scrapped predecessor Barack Obama”s Clean Power Plan, which set a goal of reducing emissions 32 per cent by 2030, taking the 2005 level as a baseline.

The president cited a provision of the US-Mexico-Canada Agreement on trade – replacing NAFTA – addressing the problem of plastic waste in the world”s oceans as an example of Washington”s leadership on the environment.

The trade accord, which has yet to be ratified by the US Congress, calls for efforts “to take on the challenge of marine litter and debris,” Trump said.