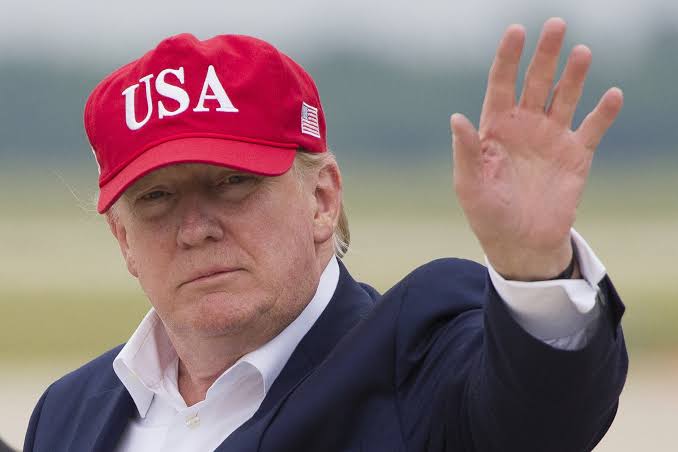 President Donald Trump said on Friday that the United States and Mexico have signed an agreement to avoid tariffs that were scheduled to go into effect on Monday.

Trump said that Mexico in return has agreed to take “strong measures” to stop illegal immigration coming through the U.S. southern border.

….stem the tide of Migration through Mexico, and to our Southern Border. This is being done to greatly reduce, or eliminate, Illegal Immigration coming from Mexico and into the United States. Details of the agreement will be released shortly by the State Department. Thank you!

In a joint declaration issued by the two countries, Mexico agreed “take unprecedented steps to increase enforcement to curb irregular migration.” This includes the deployment of Mexico’s national guard throughout the country with priority given to its southern border in order to slow migration from Central America.

Migrants crossing the U.S. southern border to seek asylum will be sent back to Mexico, where they will await the outcome of their asylum applications. Mexico said it will offer jobs, health care and education to those asylum seekers.

The U.S. said it would accelerate decisions on asylum claims and finish removal proceedings “as expeditiously as possible.”

Last week, Trump had threatened to impose 5% tariffs on all Mexican imports starting June 10 if Mexico didn’t do more to stop illegal immigration. Those tariffs were set to gradually increase to 25% over the coming months if Mexico did not meet the White House’s demands.

Trump’s abrupt decision to target Mexico shook markets, which were already facing uncertainty over the escalating trade war between the U.S. and China.

The Dow dropped 3% the week ending May 31, posting its sixth weekly loss and its longest losing streak since 2011. Trump’s tariff threat had sent the peso reeling against the dollar and put pressure on automakers such as GM, Ford and Fiat which produce cars in Mexico.

Amid concerns that Trump was opening another trade war, Federal Reserve Chairman Jerome Powell said on Tuesday that the central bank is “closely monitoring the implications of these developments for the U.S. economic outlook and, as always, we will act as appropriate to sustain the expansion.”

The Dow closed up on Friday, posting its best week since November, on the hope that the Federal Reserve would cut interest rates.

Mexico President Andres Manuel Lopez Obrado had quickly signaled that he was willing to cut a deal to avoid tariffs by tightening immigration controls.

Mexican and U.S. officials met in Washington this week to discuss the border and Trump indicated that there was a good chance tariffs would be averted.

In a Twitter post earlier on Friday, Trump said Mexico would need to start purchasing farm and agricultural products “at very high levels.” It wasn’t clear if an agreement was reached on agriculture. It was not included in the joint declaration issued by the two countries, posted in full below.