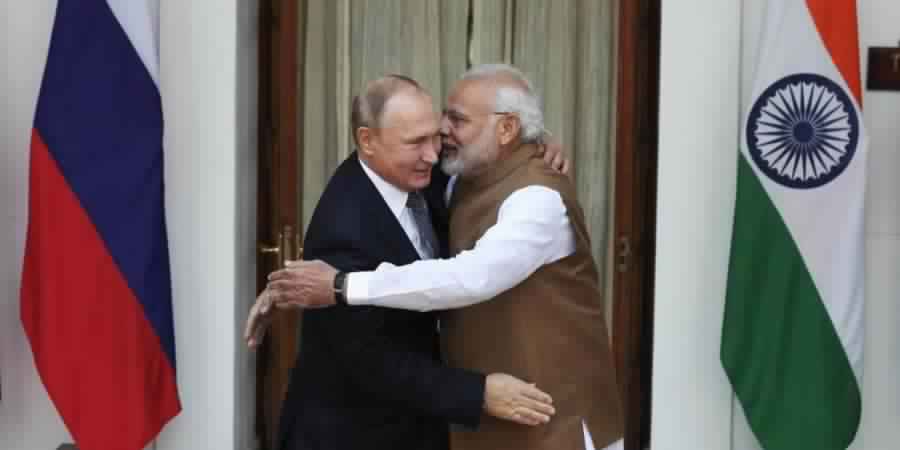 Prime Minister Narendra Modi and Russian President Vladimir Putin held a restricted meeting here on Friday ahead of delegation-level talks of the annual bilateral summit. Modi received Putin at the Hyderabad House here and the two leaders warmly shook hands and hugged each other obliging cameramen.

Putin arrived here on Thursday evening for the 19th India-Russia Bilateral Summit and held a private meeting with Modi at the latter’s residence at 7, Lok Kalyan Marg. External Affairs Minister Sushma Swaraj received Putin at the airport here. Around 20 agreements are expected to be signed between the two sides following the summit on Friday.

This includes India’s purchase of the S-400 air defence missile system from Russia at a cost of more than Rs 40,000 crore. The deal has been an issue of much speculation after US President Donald Trump’s administration’s law — Countering America’s Adversaries Through Sanctions Act (CAATSA) — came into effect in January.

New Delhi is worried over the new sanctions, set to come into effect on November 4, as Iran is a major supplier of oil to India. The sanctions have also put into jeopardy the Chabahar Port in Iran being jointly developed by India, Iran and Afghanistan.

Chabahar is a crucial link in the International North South Transport Corridor of which Russia is a key party. Russia is one of only two countries with which India holds annual bilateral summits, the other being Japan.

The India-Russia bilateral relationship was elevated to Special and Privileged Strategic Partnership in 2010. This is the third meeting between Modi and Putin this year after an informal meeting in the Russian resort city of Sochi in May and a bilateral on the sidelines of the BRICS Summit in South Africa in July.