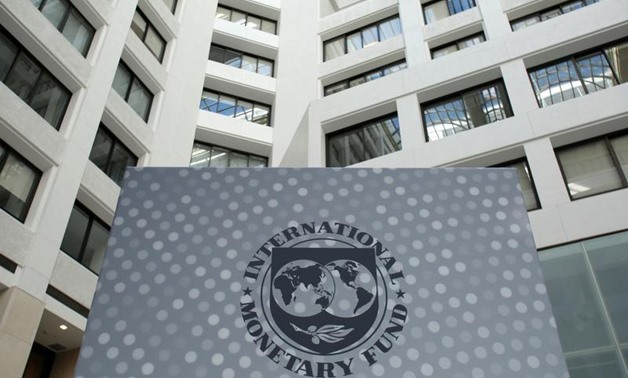 The managing director of the International Monetary Fund, Bulgarian economist Kristalina Georgieva, urged the United States and China to move toward full “trade peace” – and not simply a “truce” – after the recent partial agreement between Washington and Beijing that would scale back tariffs on each other”s imports.

In her first press conference as IMF chief at the international organizations” annual assembly on Thursday, Georgieva emphasized that it is important, despite the deal, for there to be “trade peace” and not merely a temporary “truce”, Efe news reported.

“It”s really good news that the US and China are talking to each other,” Georgieva told journalists at the start of the IMF meeting, but “it”s not good enough.”

According to IMF estimates, but full scope of the US and Chinese tariffs currently in place on one another”s goods will reduce world annual economic growth by 0.8 per cent, but Georgieva said that the recent deal, as it currently stands, could lessen that loss by “0.2 per cent.”

“What we need is to reach, not just truce, we need to have trade peace,” so that trade can “return to its role of an engine of the world economy,” she said, after having replaced French economic Christine Lagarde as IMF chief in early October.

On October 8, in her first speech as IMF chief, Georgieva had said that “We have spoken in the past about the dangers of trade disputes. Now, we see that they are actually taking a toll,” adding that “global trade growth has come to a near standstill” and “the fractures are spreading” and will affect multiple countries.

“Even if growth picks up in 2020,” Georgieva said in her speech last week, “the current rifts could lead to changes that last a generation,” such as “broken supply chains” and “siloed trade sectors.”

Last Friday, US President Donald Trump said that Washington and Beijing concluded a “very substantial phase-one deal” for a truce in their bilateral trade war – which has been under way for more than a year.

“We”ve come to a deal pretty much, subject to getting it written,” he declared during an Oval Office meeting with Chinese Vice Premier Liu He and other top US and Chinese officials, adding that “This is something that is going to be great for China and great for the USA.”

Beijing has been significantly less optimistic about the prospective deal, saying that more talks are needed to finalize a pact.

Although Washington did postpone plans to increase tariffs on some $250 billion of Chinese imports – which had been due to take effect earlier this week – it is still up in the air whether another US tariff hike due on December 15 will be implemented.

Although it will take several weeks to write up the terms of the deal, the full scope of which has not yet been announced, Trump said that he and his Chinese counterpart, Xi Jinping, would sign the agreement during the November 16-17 Asia-Pacific Economic Cooperation summit in Chile.

The deal, as described by Trump and Treasury Secretary Steve Mnuchin, will avert a planned increase from 25 per cent to 30 per cent in US tariffs on $250 billion worth of Chinese imports.

In exchange, China agreed to buy $40 billion to $50 billion worth of US agricultural products each year, the White House said.

This week, the IMF is presenting at its assembly its latest global forecasts.

The US-Chinese trade war will reduce growth in both nations in 2019 and 2020, and that slowdown will drag down the rest of the world economy, which this year will grow by just 3 per cent, its slowest rate since the financial crisis.

Top economic officials from the IMF”s 189 member countries and its sister institution, the World Bank, are meeting in Washington from October 18-20 to discuss problems such as economic inequality and automatisation of the labour force.