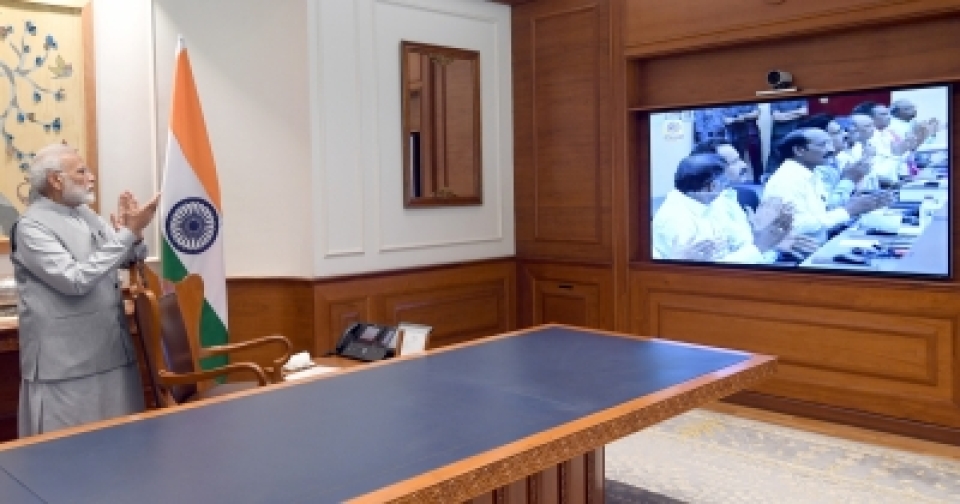 Prime Minister Narendra Modi on Friday urged people to watch the final descent of Chandrayaan-2 on the moon surface and share their photos on the social media.

“I urge you all to watch the special moments of Chandrayaan-2 descending on to the Lunar South Pole! Do share your photos on social media. I will re-tweet some of them too,” Modi tweeted.

The Prime Minister will be at the Indian Space Research Organisation (ISRO) headquarters in Bengaluru on Saturday to watch the final descent of Chandrayaan-2 on the Moon”s surface.

Officials said Modi will witness the final descent of Chandrayaan-2 on the lunar south pole from Satellite Control Centre (SCC), ISRO Telemetry, Tracking and Command Network (ISTRAC). He will also interact with the winners of the ”space quiz”, which was conducted for students between classes 8 and 10 to coincide with the event.

Officials said Modi”s visit to ISRO will boost the morale of its space scientists and inspire the youngsters to develop an inquiring spirit .

Modi earlier said the Chandrayaan-2 mission was “Indian at heart, Indian in spirit! What would make every Indian overjoyed is the fact that it is a fully indigenous mission”.