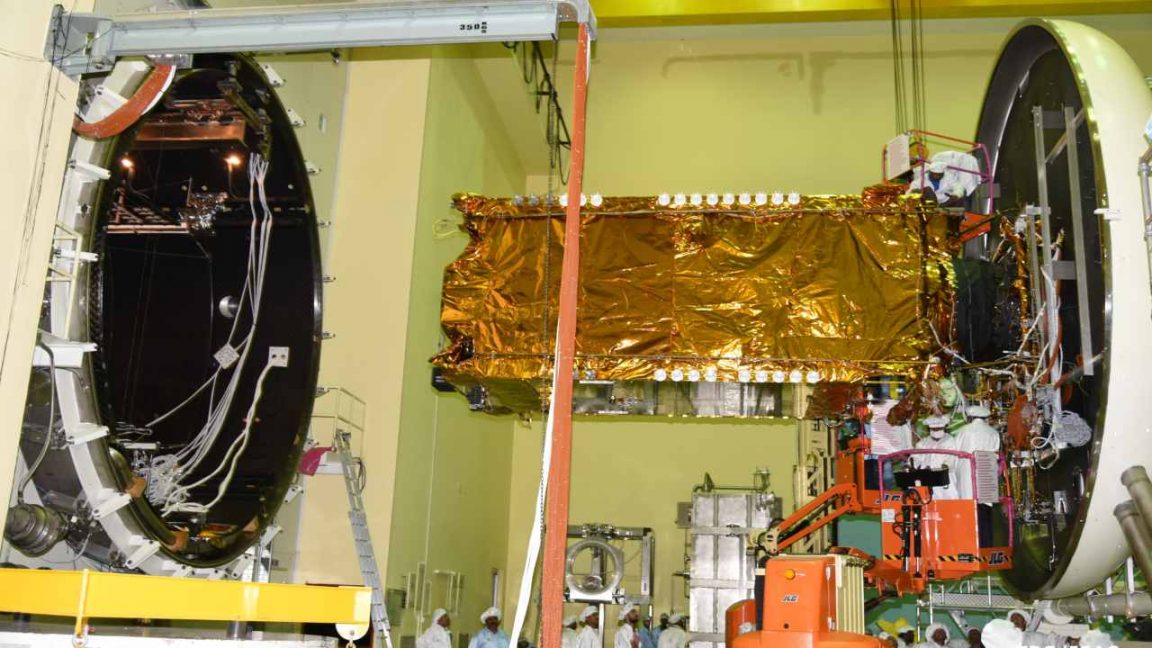 The launch vehicle Ariane 5 VA-246 lifted off from Kourou Launch Base, French Guiana at 02:07 am (IST) carrying India’s GSAT-11 and South Korea’s GEO-KOMPSAT-2A satellites, as scheduled. Ariane 5 is one of three launch vehicles operated by Arianespace along with Soyuz and Vega.

After a 30-min flight, GSAT-11 separated from the Ariane 5 upper stage in an elliptical Geosynchronous Transfer Orbit.  The achieved orbit was very close to the intended one.

The 5854-kg GSAT-11 will provide high data rate connectivity to users of Indian mainland and islands through 32 user beams in Ku-band and 8 hub beams in Ka-band.

“GSAT-11 will boost the broadband connectivity to rural and inaccessible Gram Panchayats in the country coming under the Bharat Net Project, which is part of Digital India Programme,” ISRO Chairman Dr K Sivan said.

The Bharat Net Project aims to enhance the public welfare schemes like e-banking, e-health, e-governance among others.

He said GSAT-11 will act as a forerunner to all future high throughput communication satellites. “Today’s successful mission has boosted the confidence of the entire team,” Dr Sivan added.

Post-separation, ISRO’s Master Control Facility at Hassan in Karnataka took over the command and control of GSAT-11 and found its health parameters normal.

The scientists will undertake phase-wise orbit-raising manoeuvres in the days ahead to place the satellite in the Geostationary Orbit (36,000 km above the equator) using its on-board propulsion systems. GSAT-11 will be positioned at 74-degree east longitude in the geostationary orbit.

Subsequently, the two solar arrays and four antenna reflectors of GSAT-11 will be deployed in orbit.  The satellite will be operational after the successful completion of all in-orbit tests.

Archive of Updates from ISRO