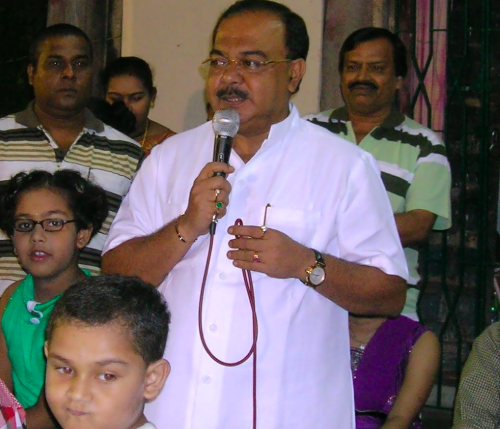 Three days after Sovan Chatterjee went to Trinamool Congress chief Mamata Banerjee”s residence on bhaiphonta (bothers” day), the West Bengal government on Friday restored his police protection, strengthening speculation that the BJP leader was on way to returning to his old party.

Chatterjee, who crossed over to the BJP snapping his two-decade innings with Trinamool on August 14, visited Banerjee”s residence on Tuesday with his friend Baisakhi Banerjee.

Baisakhi Banerjee said when they met the Chief Minister on Brothers” Day, she asked Chatterjee why he wasn”t going on walks to control his increasing blood sugar problem.

“Chatterjee”s movements are very much restricted now due to lack of security. During the Left Front rule, and at various times, there were threats to his life. He was also apprehensive over his security cordon not being there. Banerjee then assured me that his security would be restored,” said Baisakhi, who had also joined the BJP alongside the former city mayor.

On Tuesday night itself, a senior police officer informed them that Chatterjee would get back the Y category security he enjoyed earlier.

From Friday morning, the security personnel were back at his residence.

State BJP president Dilip Ghosh, however, was sarcastic over the developments.

Chatterjee had Z category security when he was minister and mayor. After the estrangement between him and the party, his security was downgraded to Y category. The state government withdrew his security after he crossed over to the BJP.

Ghosh had then assured that central forces would be deployed for his protection. But till date, Chatterjee has not received any such security.

Chatterjee was a close lieutenant of Banerjee during his long stint in Trinamool Congress. But he got estranged from the Trinamool chief because of his closeness with Baisakhi and break up with his wife.

However, after Chatterjee joined the BJP, a number of issues cropped up affecting his relations with the saffron outfit”s leadership.

In fact, the day Chatterjee and Baisakhi Banerjee crossed over to the BJP, there was a discordant note. Bengali actress and Trinamool legislator Debasree Roy – once close to Chatterjee – was seen in the saffron outfit”s national headquarters at the same time when the new joinees were there.

Later, Baisakhi time and again complained that she was not given any importance by the party leaders, and alleged they had ”humiliated and insulted” her.