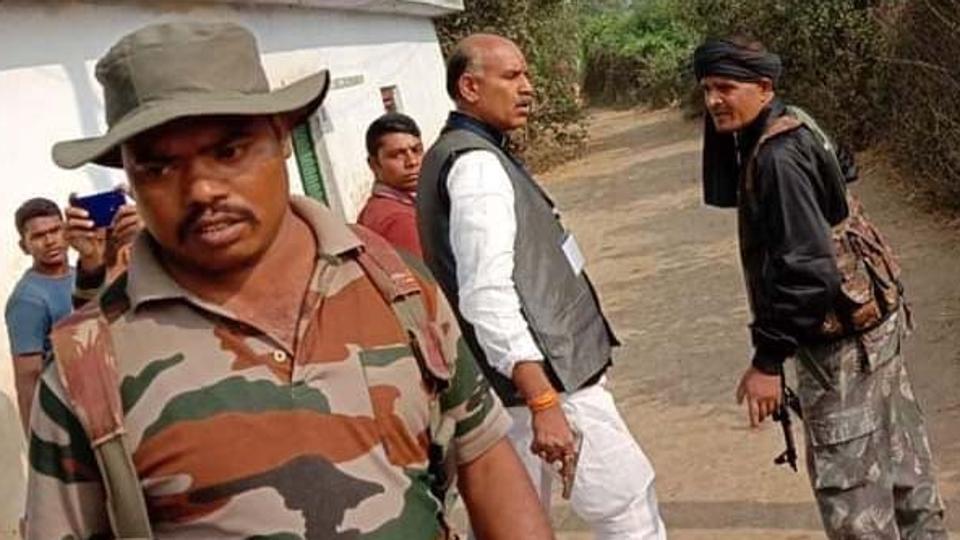 The Congress and BJP workers clashed at the Koshiyara polling station in Daltonganj Assembly constituency on Saturday during the first phase of voting in the Jharkhand Assembly elections on Saturday.

It is alleged that Congress candidate K. N. Tripathi”s convoy was pelted stones by supporters of BJP candidate Alok Chaurasia following which Tripathi take out his pistol.

According to the police, “Congress candidate Tripathi had reached the polling booths 72 and 73 in the upgraded middle school at Koshira. Chaurasia”s supporters blocked him from entering the polling station. It is alleged that Chaurasia supporters gheraoed Tripathi and abused his supporters. In order to save himself from the agitated crowd, Tripathi took out his pistol. The area where the incident occurred is considered a stronghold of BJP candidate Alok Chaurasia. “

Chaurasia”s supporters became furious at this and drove him away from the spot. They pelted stones on the convoy. During the attack, Tripathi”s bodyguards somehow managed to save him from the mob.

Congress leader K.N. Tripathi told IANS: “Chaurasia supporters tried to kill me. They damaged my car. I somehow managed to get out. I told the Election Commission, senior police and administrative officials about this. To ensure ”booth capturing” by the ruling party candidate, home guards have deployed even at the sensitive polling booths. The administration has helped the ruling party capture at least eight booths in my constituency. “

On the other hand, the BJP leaders alleged that the Congress candidates are waving weapons in public to scare away the voters.

BJP spokesperson Pratul Nath Shahdev said: “The Congress seems to have no faith in democracy, but in ”Bandukantantra” (gun culture). We demand the Election Commission of India to take immediate action against him.”

According to sources, the State Election Commission has taken cognizance of the incident and has sought a detailed report from the Palamu district administration in this regard.