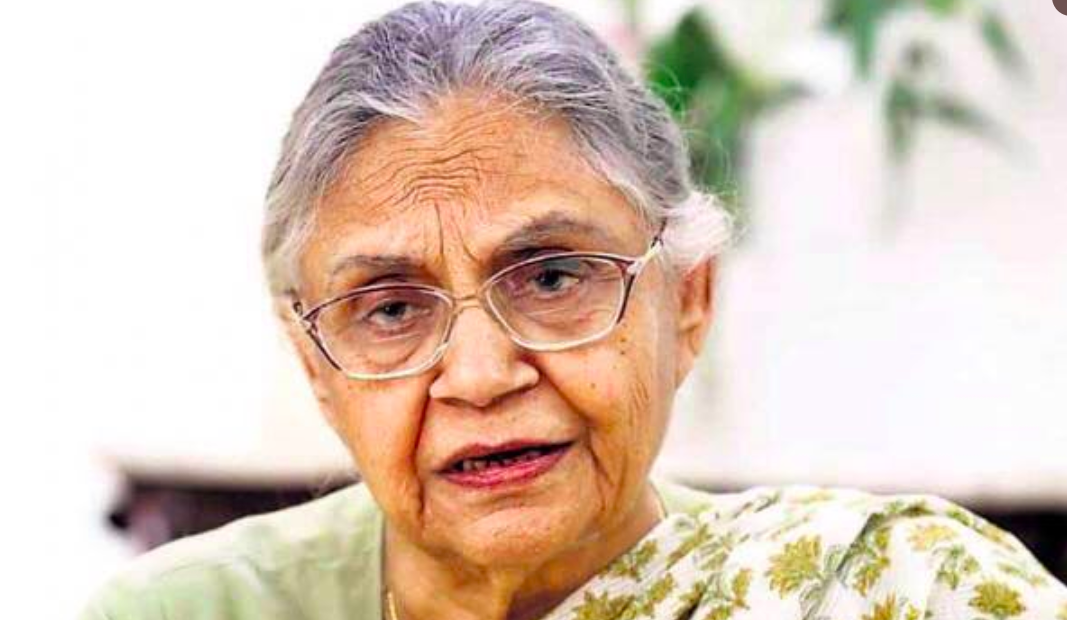 Former chief minister of National Capital and senior Congress leader Smt Sheila Dikshit passed away on July 20. She was admitted to Fortis Escorts Heart Institute on Friday in a critical state due to cardiac problem. Significantly, She was the chief minister of Delhi for 15 years and possibly one of the longest-serving chief ministers of the Congress. She was undergoing treatment at Fortis Escorts hospital under the supervision of Dr Seth for the past few years.

Smt Sheila Dikshit was born in Kapurthala, Punjab, but her schooling and college happened in Delhi. She later completed her masters in history from Delhi University. The former Delhi chief minister was born on 31 March 1938.

According to Fortis Escorts Heart Institute, She was brought to the hospital in a critical condition with cardiac arrest. “A multi-disciplinary team of doctors, led by Dr Ashok Seth, chairman of this Institute, carried out the advanced resuscitative measures. Her condition stabilised temporarily. However, she had another cardiac arrest and despite all the resuscitative efforts, passed away at 3:55pm,” the statement asserted.

Deeply saddened to hear about the demise of Former Chief Minister of National Capital, (Smt Sheila Dikshit Ji). She was greatly loved by the millions of people across the globe. Great Loss For Nation..🙏#Rip : Added, Youth Darpan CEO, Mr Trilok Singh.

The 80-year-old Congress leader had undergone a heart surgery in France last year. Ashok Seth had advised that the procedure be performed at the University Hospital in Lille, France, under the care of Dr Thomas Modine. She had planned a decisive role in the three-term Congress government in Delhi. She had managed to defeat Bharatiya Janata Party (BJP) for consecutive terms, but lost power to Delhi chief Arvind Kejriwal in December 2013.

Meanwhile, President Ram Nath Kovind stated that, She transformed the national capital in her tenure. “Sad to hear of the passing of Sheila Dikshit, former Chief Minister of Delhi and a senior political figure. Her term in office was a period of momentous transformation for the capital for which she will be remembered. Condolences to her family and associates,” the President stated in a tweet.

Member of the Indian National Congress and Member of Parliament Rahul Gandhi stated that, “I’m devastated to hear about the passing away of Sheila Dikshit Ji, a beloved daughter of the Congress Party, with whom I shared a close personal bond. My condolences to her family & the citizens of Delhi, whom she served selflessly as a 3 term CM, in this time of great grief”..

Delhi chief minister and Aam Aadmi Party national convener Arvind Kejriwal stated that, The veteran politician of Delhi was defeated by Kejriwal in a straight electoral fight in the New Delhi constituency. “Just now got to know about the extremely terrible news about the passing away of Mrs Sheila Dikshit ji. It is a huge loss for Delhi and her contribution will always be remembered. My heartfelt condolences to her family members. May her soul rest in peace,” The CM of National Capital asserted.

After her electoral defeat in the National Capital, Smt Dikshit became the Governor of Kerala in March 2014 and was later made the chief ministerial candidate of Congress in the 2017 Uttar Pradesh assembly elections. However, she later withdrew from the electoral contest after Congress joined hands with the Samajwadi Party (SP).

Smt Dikshit started her political career in 1984 when she became a Member of Parliament (MP) from Kannauj in Uttar Pradesh. She later represented the constituency again in 1989. She was a union minister in the Rajiv Gandhi government between 1986 and 1989. Her first stint as the chief minister of Delhi started in 1998 when she defeated the BJP.