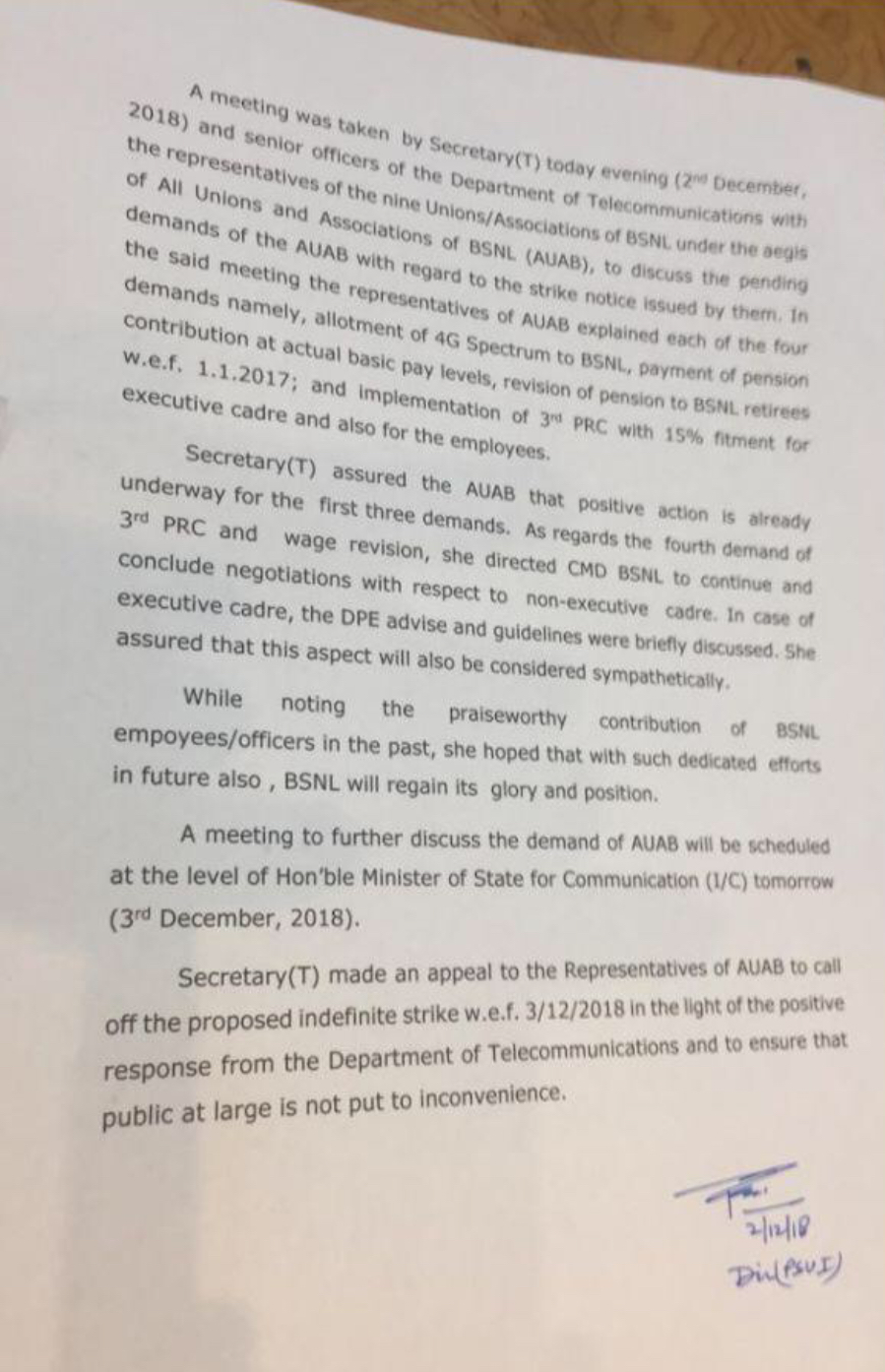 Considering the pending cadre review of all the Central Group ‘A’ services, which in some cases are pending for even more than 40 years, the Department of Personnel and Training (DoPT) has asked the Cadre Controlling Authorities (CCAs) to expedite the procedure and submit the proposals by June end.

The instructions came four days after the Lok Sabha election results were declared on May 23, which saw the Prime Minister Narendra Modi-led government return to power for a second term with overwhelming majority.

In a letter dated May 27, DoPT Secretary C. Chandramouli requested the CCAs to look into the matter and directed that “complete cadre review proposals should reach the DoPT latest by June 30”.

A DoPT document, accessed by IANS, revealed that about 34 Central Group ‘A’ services or cadres were to be reviewed by 2018 out of which the cadre review of 11 services were to be completed at the earliest, as pendency of submission of proposals ranged from 1996 to 2017.

The cadre review, the most important tool of cadre management which helps realign a service to ever-changing organisational needs and maintain congruence between functional needs and legitimate aspirations of the officers, is pending for more than 40 years in some cases, the document said.

Of the 34 services, the column regarding year of last cadre review in Defence Research and Development Service mentions “none” as the status.

However, the status remark for the remaining 22 services regarding cadre review has no mention.

The DoPT, a nodal department of Central government for personnel management, issued the letter citing its May 26, 2018 letter regarding the issue in which it said that prescribed periodicity of cadre review has not been “properly followed” despite repeated reminders from the department.

“With the objective of getting cadre review of all the Central Group ‘A’ services or cadres completed in time, the department had issued a Calender of cadre review on May 26, 2018. However, the progress towards this end is not satisfactory,” the letter said.

“I would like to emphasise that the cadre review exercise needs to be taken with proper care and in a timely manner. In all the cases where cadre review is pending or due and are part of the Calender issued by DoPT in 2018 (Anexure III), the complete cadre review proposals should reach DoPT latest by June 30, 2019 without any exemption,” the letter said.

“I shall be grateful, if you kindly look into the matter personally and get the actions expedited,” the letter further said.

The cadre review exercise encompasses several key elements of cadre management to perform the objectives assigned to the service from time-to-time smoothly.