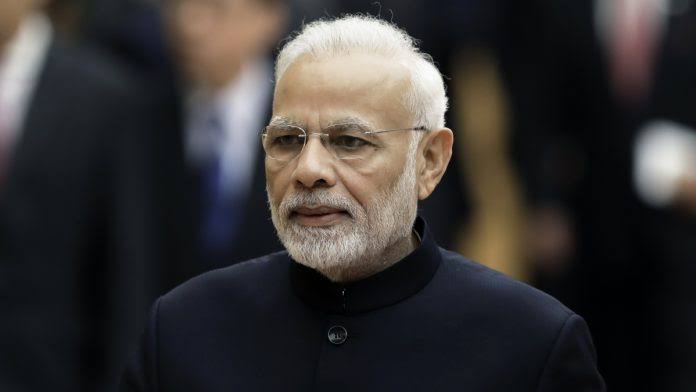 India, the worlds largest democracy, has again elected a government brutally strong in numbers with no encumbrances of coalition politics to peg it down from its intended goals or the fulfillment of its pre-election promises. That the recent dance of democracy in India witnessed unparalleled, abusive recrimination, with political discourse having sunk to unimaginable depths hardly added to Indias image as a civilised democracy. Undisputedly, the BJP romped home exclusively on the platform of national security, a factor which must not be forgotten as the serious task of nation building now beckons the Narendra Modi government 2.0.

India, located in one of the most geo-politically stressed regions of the world, faces multiple challenges to its security and, consequently, its economic growth. That India”s preparedness to confront the formidable security challenges looming on its geo-political radar, including from the internal dimension and emerging non-traditional threats, is currently wanting, will be a gross understatement.

Crucial aspects of security preparedness for the nation must emerge from an all-encompassing national security doctrine. For its holistic formalisation, the government must take into confidence all stakeholders/institutions within the nation concerned with security. That even service chiefs have generally been ignored by earlier governments in consultations on matters of national security or nuclear policies should not be emulated by this Modi government. The government must take an immediate call on the widely debated and long overdue introduction of the Chief of Defence Staff appointment. Additionally, the Ministry Of Defence (MOD) and the Services HQ need total integration as part of long outstanding defence reforms.

Combat capabilities of the Armed Forces take painfully long to achieve. It is no secret that India, confronted with an unenviable challenge of facing a two-and-a-half front war (China, Pakistan and internal security) either individually or collusively – has been, for some years, ill-prepared. The new government must seriously factor in all endemic shortcomings which plague India”s security preparedness – be it shortage in budgetary allocations, bureaucratic sluggishness, corruption, as alleged, in some defence deals, or any procedural shortcomings.

All inherent problems confronting modernisation of the Armed Forces will have to be systematically ironed out with alacrity. The allocations in the last budget were woefully around 1.59 per cent of the GDP. This must be raised to 3 per cent as recommended by successive parliamentary standing committees on defence. It is worth factoring that China spends nearly 7.5 per cent of its huge GDP on defence, impoverished Pakistan over 5 per cent, while the US spends 4.5 per cent of its GDP.

Whether it be jet fighters (LCA/MMRCA/AMC/additional Rafales) or the depleting submarine fleet in our aging Air Force/Navy arsenals, the government must tide over all financial and bureaucratic hurdles to deliver to the services the wherewithal desperately required for the nation”s security. Lessons from the recent Balakot air operations need to be analysed. The IAF must pursue its re-equipping plans with conviction regarding the optimal mix between the fighter bombers/multi-role/interceptor aircraft it requires. Somewhere, it appears unclear.

Regrettably, India is the largest importer of armaments in the world. The new government must take measures to cut down arms imports by determinedly encouraging establishment of an indigenous industry to produce state-of-the-art weaponry and equipment. Genuine public-private partnership in India, giving adequate impetus to the “Make in India” programme, must be ensured. In today”s globalised economies there is merit in inviting major arms corporates to set up industry in India in collaboration with our Defence PSUs and private industry.

The continuation or otherwise of the Armed Forces Special Powers Act in disturbed areas within the country will have to be re-visited, keeping the current situation in mind. Both in Jammu &amp; Kashmir and Naxal afflicted regions, there has been a spurt in terrorist activities; thus, coordinated and determined counter insurgency and counter terrorist policies are sine-qua-non. Political parties must not hamper the implementation of the nation”s fight against terror and extremism in any part of the country.

Importantly, India”s nuclear preparedness, in the light of its No-First-Use policy, the alarmingly growing Pak nuclear arsenal and likely Pak-China collusion against India will have to be thoroughly analysed and prophylactic measures adopted. The nation has to diligently endeavour for a credible TRIAD nuclear capability. Additionally, completion of critically required infrastructure in our regions bordering China requires a fillip. The raising of the Mountain Strike Corps needs completion. While we endeavour to maintain ”peace and tranquility” on the Indo China border, let”s always remember that China only respects strength.

As the Indian Navy builds up to counter China”s maritime assertiveness in the Indo-Pacific region, it would largely help if the Andaman and Nicobar islands are developed into a major military base. The QUAD concept too must be strengthened.

The new government must address, with sincerity, disaffection among the veterans regarding one rank one pension, non-functional upgradation and other shortcomings in post-retirement benefits. Veterans must be given due respect in our democratic society.

New Delhi should now assiduously endeavour to give India a secure environment, indispensable for its economic resurgence. The appointment of senior politician Rajnath Singh as defence minister augurs well. India must convey to its neighbourhood that as it desires peaceful cooperation in South Asia, it will not be found wanting in pursuing its legitimate security interests with a sense of firmness, whilst striving to be a “net provider of security” for the region.

(The writer was first chief of the Defence Intelligence Agency and now heads the Delhi Forum For Strategic Studies. The article is in special arrangement with South Asia Monitor).