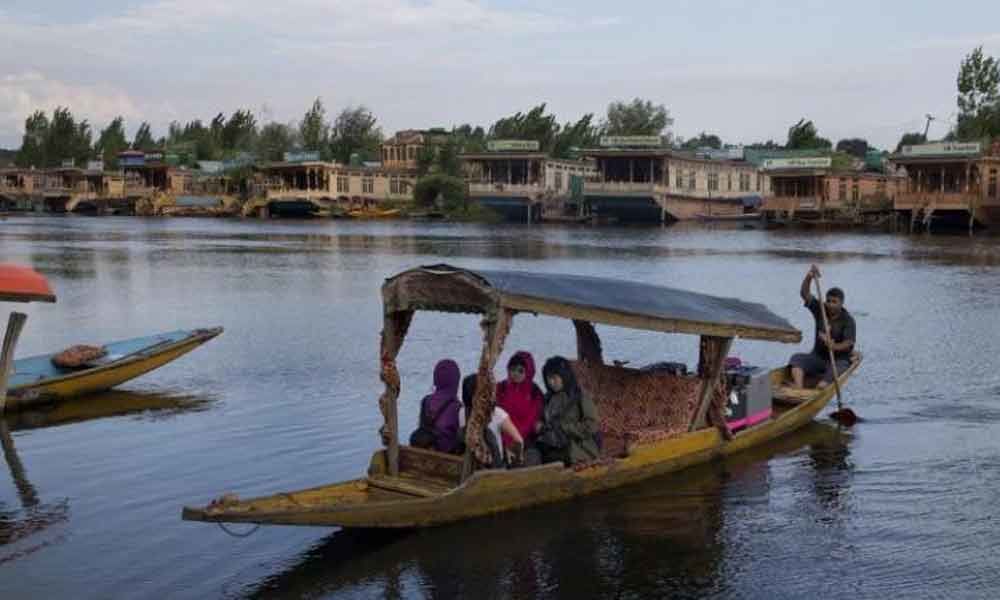 West Pakistan Hindu refugees, whose ancestors had migrated to India during the 1947 partition and settled in the Jammu region, were feeling stateless and cheated even after seven decades of living in Jammu and Kashmir.

Now with the scrapping of Article 370 and 35A, which prevented them to settle permanently and own property, will automatically become the residents of this state.

Both Articles accord special rights and privileges to residents of Jammu and Kashmir only.

After 72 years of India”s Independence, he said the West Pakistan refugees got natural justice. “We can proudly say now – – we have got freedom from slavery,” an elated Labha Ram, 57, whose parents migrated during the Partition, said.

The population of the West Pakistan Refugees is nearly 1.5 lakh, settled only in the Jammu region in the erstwhile state.

They say they are entitled to vote in Parliament elections but not in the State Assembly before abolition of Article 370. Also the state laws prohibit them from buying property and to get government jobs.

Hailing Prime Minister Narendra Modi for his bold historic decision, the refugees say the abrogation of Articles 370 and 35-A would certainly end decades-old discrimination against them by entitling them to get full citizenship rights.

Labha Ram Gandhi said their demands for rehabilitation and right to vote and to contest the State Assembly or local bodies would be accepted automatically now.

In 2017, West Pakistan refugees had challenged Article 35A, which was added to the Constitution by a Presidential Order of 1954, in the Supreme Court.

He said that the West Pakistan refugees have been seeking conferment of basic natural and human rights.

“We have migrated from Pakistan to India in 1947. At that time our people were assured that they should stay in Jammu and Kashmir on the assurance that they would be granted permanent resident certificates (PRC), which would allow them to purchase properties and get a government job,” he said.

Laba Ram Gandhi said the successive state and Central governments had only promised to extend the PRC to the refugees, and in fact cheated them by denying their basic rights of education, employment, property ownership and political participation.

“We finally feel like a citizen of the state with the repealing the discriminatory law. This will also help restore normalcy in the Valley with the opening up of the industrial sector for the outsiders,” he added.

College student Richa Gupta, whose grandparents migrated to India in 1947, said only the refugees settled in Jammu and Kashmir were facing discrimination.

“The Pakistani refugees who opted to settle in other parts of the country after the Partition got all benefits, including citizenship, and accordingly became prosperous. But here we literally we have been living a life of irony as basic rights were being denied to us becaue of Article 370 and Article 35A,” she added.

The West Pakistan Refugees migrated to India mainly from Sialkot district of Punjab province in Pakistan.

Locals say besides Indian citizenship, a permanent resident certificate (PRC) was given to those refugees whose ancestors have lived in the state for at least 10 years before May 14, 1954. Only those with PRC could buy property, get employment and vote in the assembly.But now all this is set to change.

According to the Ministry of Home Affairs, 5,764 families, comprising 47,215 people, migrated from West Pakistan in 1947 and settled in different areas of the state.