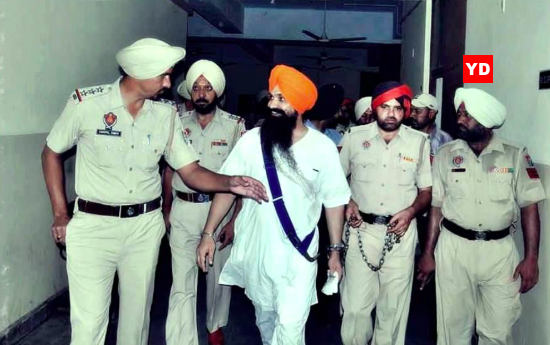 Ministry of Home Affairs (MHA) took an “in principle” decision on Sep 30 to commute the death sentence as a “humanitarian gesture” ahead of the 550th birth anniversary celebrations of Sikhism founder Guru Nanak. Moreover, The  MHA has sent a letter to the Punjab government to commute the death sentence of Balwant Singh Rajoana, convicted for the assassination of the then Punjab Chief Minister Beant Singh.

Meanwhile, R. Venkat Ratnam, Principal Secretary (Jails), Punjab, told media that they had received the communication from the MHA side and forwarded it to the UT of Chandigarh. Further, He remarked that, “Since the crime took place in the jurisdiction of UT of Chandigarh, it is up to them how they process the case and present it before the President of India. The Ministry, wrote a letter to UT Chandigarh and endorsed a copy to us; we have forwarded the letter to them,”.

On August 31, 1995, 17 people, including the then CM Beant Singh, were killed in an explosion outside the Civil Secretariat in Chandigarh.

As per the report, Based on the replies received by the Centre, the President can commute the death sentence under Article 72 of the Constitution. Also, The MHA decided to release eight other prisoners convicted for life for their involvement in Sikh militancy as a “token of goodwill”. Notably, Beant Singh and at least 16 others were killed in an explosion outside the Civil Secretariat in Chandigarh in 1995, The Hindu report attributed.

Rajoana, who was sentenced to death in 2007, will now undergo life imprisonment. Earlier, the Union Home Ministry had approved the commutation of Rajaona’s death sentence to life imprisonment as a humanitarian gesture on the 550th prakash purab.

However, He was sentenced to death in 2007 by a special court and he refused to file a mercy petition. The Shiromani Gurudwara Prabandhak Committee, the apex body of the Sikhs, filed a petition on his behalf in 2014. Ruling party ally and NDA member, the Shiromani Akali Dal, had been pressing the Centre to commute Rajana’s death sentence..