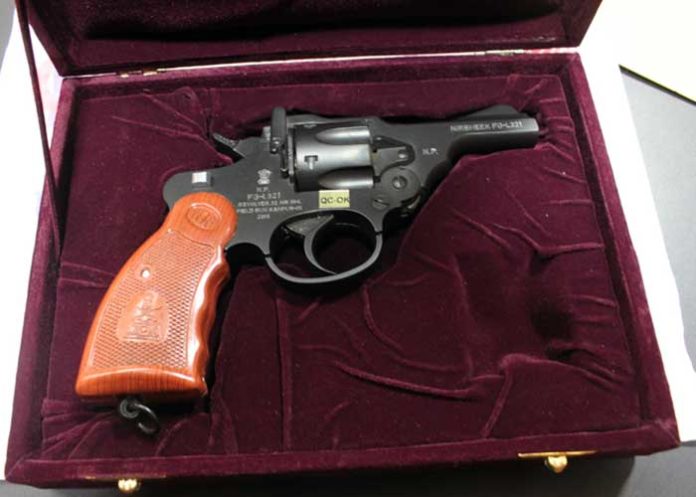 After Delhi”s gruesome Nirbhaya gang rape that shook the country seven years ago, the Ordnance Factory in Kanpur came out with a light-weight revolver, especially designed for women.

Named Nirbheek, to deter recurrence of such a case, the revolver has so far sold around 2,500 pieces mainly in Delhi, Uttar Pradesh and Haryana.

“Nirbheek was launched as a robust and handy self-defence weapon, which could easily be carried by women in their purses,” said a representative of Ordnance Factory Board, while showcasing the revolver at the International Police Expo here.

“And the revolver has seen good results. Within the first five years of its launch, it has witnessed sales of over 2,500 units. The current batch in the factory is under 2700 series,” said a representative.

Weighing about 500 gm against a regular revolver that weighs over 700 gm, the officials credit the light weight and low maintenance of the revolver for its success.

The sales number are incredible despite the weapon being a bit expensive. Against a normal revolver that costs Rs 1 lakh, Nirbheek was launched with Rs 1.20 lakh price tag that went up to Rs 1.40 lakh after inclusion of Goods and Services Tax.

Nirbheek can easily aim a target at 10 meters, but the Ordnance Factory claims the revolver comes with an effective range of 15 meters and a 0.32 (7.65mm) bore calibre.

Apart from bringing down the weight of the revolver, the Ordnance factory made sure that the women did not have to spend a lot of time on its maintenance. Nirbheek is manufactured with titanium alloy metal, which is rust-proof and easy to maintain.

“The sales numbers indicate that women in Uttar Pradesh, Delhi and Haryana have also decided to put their money on it,” the representative added.