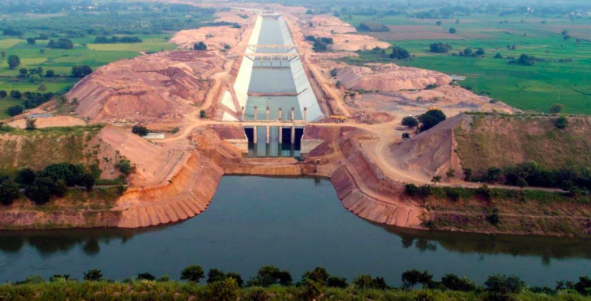 Five months after attending as a special guest the inauguration of Telangana”s massive lift irrigation project Kaleshwaram, Andhra Pradesh Chief Minister Y.S. Jagan Mohan Reddy”s government demanded that the project should not be given national status.

Andhra Pradesh conveyed to the Supreme Court that the mega project built by Telangana across Godavari river affected its irrigation interests. The YSR Congress Party (YSRCP) government, in its affidavit filed in the apex court, sought direction to the Centre not to accord national project status to Kaleshwaram.

Telangana Chief Minister K. Chandrashekhar Rao had invited his Andhra Pradesh and Maharashtra counterparts as the special guests for the inauguration of Rs 80,190 crore project in June.

The Andhra Pradesh government took the stand against Kaleshwaram project in the affidavit filed in a case pertaining to the implementation of provisions of Andhra Pradesh Reorganisation Act.

The Irrigation Department of Andhra Pradesh stated that Telangana changed the scope of the original project in the name of engineering. It told the Supreme Court that the project will affect the interests of Andhra Pradesh.

Andhra Pradesh also requested the apex court not to treat Telangana as a party in the case relating to Polavaram project. This is a national project being built by Andhra Pradesh across Godavari. The court was told that Telangana has no right to raise objections to merger of villages likely to be inundated by the project.

Soon after formation of Telangana state in 2014, the Centre had merged villages under seven ”mandals” (blocks) of Telangana with Andhra Pradesh to facilitate construction of Polavaram project.

The latest stand taken by the YSRCP government in the Supreme Court has come as another indication of growing differences between the Chief Ministers of the two states after the initial bonhomie which marked the ties soon after the YSRCP stormed to power in Andhra Pradesh in May.

Jagan Mohan Reddy had earlier dumped Chandrashekhar Rao”s proposal for linking Godavari and Krishna rivers to overcome water scarcity in parts of both the states. The proposal was mooted after series of meetings between the two leaders. However, the Andhra Pradesh Chief Minister appears to be going ahead with his own plans.