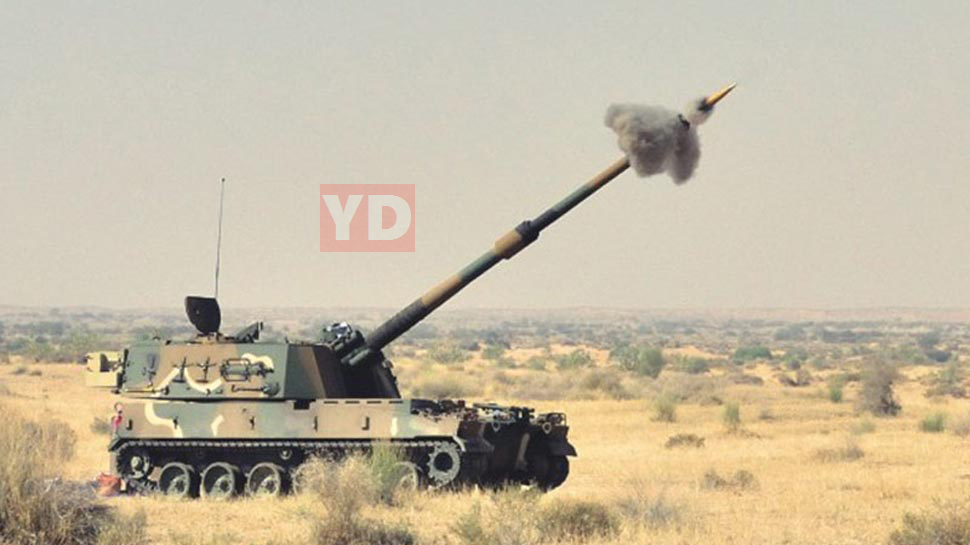 They include the M777 A2 Ultra Light Howitzers, K-9 Vajra-Tracked Self-Propelled Guns and 6×6 Field Artillery Tractors, which were launched at the Deolali Field Firing Range at Nashik.

Minister of State for Defence Subhash Bhamre, Chief of Army Staff Gen. Bipin Rawat, dignitaries from the US and South Korea and other representatives from the government, armed forces and Indian and foreign manufacturing industries were present.

The 155mm, 39 Calibre Ultra light Howitzers have been procured from the US under government to government Foreign Military Sales and will be assembled in India by BAE Systems in partnership with Mahindra Defence.

The Gun System is a versatile, light-weight and can be heli-lifted, thereby providing the much needed flexibility in deployment in various terrains.

The Howitzer is currently in service in the US, Canadian, Australian and several other armies besides proving its mettle in Afghanistan and Iraq.

The first 10 K9 Vajra 155mm/52 calibre guns have been imported from Hanwha Techwin of South Korea in semi knocked down state and have been assemble by L&T in Induia.

The balance 90 Guns will be largely manufactured in India with some major assemblies coming from South Korea.

Its induction will give a huge fillip to the firepower capability of Indian Army on our western borders, said an official spokesperson.

The 6×6 Field Artillery Tractor has been indigenously developed by Ashok Leyland and will provide the much awaited replacement for the ageing fleet of artillery gun towing vehicles.

Today’s event included an impressive display of the sophisticated equipment and firepower by the Indian artillery.

Also on exhibit were indigenous Gun Systems/Surveillance and Target Acquisition Systems that have been recently introduced in service.