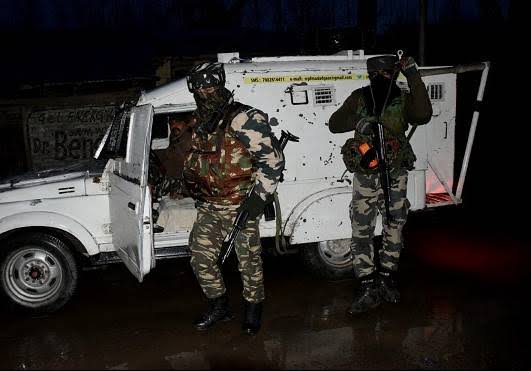 Militants on Monday attacked an army convoy with an improvised explosive device (IED) in Jammu and Kashmir’s Pulwama district, barely four months after a suicide attack on a CRPF convoy killed 40 troopers in the same district.

The police said an IED was exploded by the militants in Arihal village in Pulwama district when an army convoy was passing through the area.

“The IED exploded under a Casper vehicle of the army which was damaged in the blast. The explosion was followed by exchange of fire which is still going on,” police sources said.

Casper vehicles are landmine proof vehicles used by the Indian Army in the militancy prone areas of Jammu and Kashmir to avert damage to the troops during convoy movement.

A Casper vehicle usually moves ahead of the convoy to avert the threats posed by landmines.

However, massive IEDs, which are very crude explosive devices laden with a lot of trigger and charge, have caused damages to Casper vehicles in the Valley in the past.