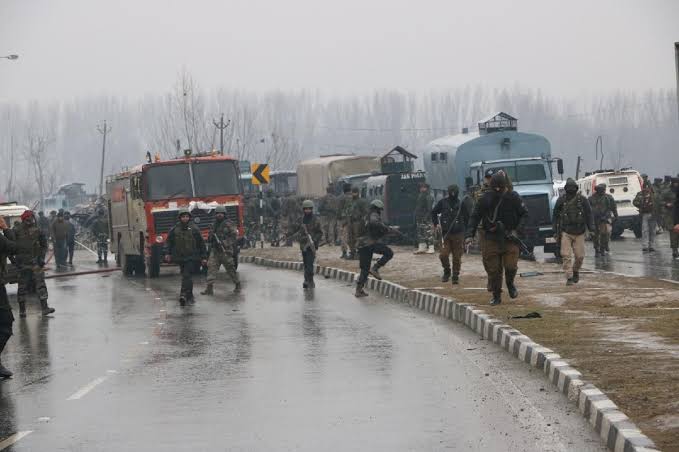 After muscling out the Hurriyat hawks in the bullpen called Kashmir Valley, the Islamic State propelling local youth to turn rogue has formalised a new dangerous strategic imperative, something that has the Indian deep state developing furrowed brows.

As a new government assumes power in India, one of its first priorities will be to fix what is broken. And Kashmir, sure is broken.

However, the security and intelligence apparatus know that there are no quick fix solutions to the proliferation of religious Islam which is beginning to have a strong underpinning in the Valley and predominantly in south Kashmir. The starting point in this tale of deep-seated hatred of ‘Hindu India’ through proselytising is Gani Dar Ghazali, the alleged plotter behind Maulana Shaukat Ahmed’s assassination who is perceived to be the ring master of this new game.

In May, 2015, a Srinagar court granted bail to Abdul Gani Dar alias Ghazali, who was a co-accused in Maulana Showkat assassination case. Court of 3rd Additional Sessions Judge, Y.P. Kotwal granted bail to Dar after prosecution failed to produce evidence that the accused was involved in the conspiracy to kill Maulana Showkat.

Now, let us connect the dots: In July, 2017, news emerging from the Khurasan area of Afghanistan was that a Kashmiri boy, Abdullah-Ibn-Aijaz, a 15-year-old militant, was among the al-Qaeda militants killed in the US drone strike. His family claimed that Abdullah Ibn-Aijaz alias Abu Umair, was son of Aijaz Ahanger, a former Kashmiri militant of Harkatul-Mujahideen, who was reported missing by his family in 1995 but had actually crossed the border and lived in Afghanistan.

Abu Umair was also grandson of Abdullah Gazali, a former chief of Tehreek-ul-Mujahideen outfit who resides in a village in Beerwah pocket of central Kashmir. Ghazali, originally Abdul Ghani Dar, was one of the oldest militants when he was captured by government forces in 1992 as the chief of TeM. “I was arrested in 1992 and lodged at Rangret jail,” Dar had told Kashmir Reader, adding that he among others had met a young, noble, sincere and handsome boy Ajaz Ahmad Ahanger, a resident of Nawakadal area of Srinagar, inside the jail.

The dreaded Ajaz Ahanger, codenamed Huzefa Al Pakistani, is the other lynchpin to this tale, for everything appears to be connected to him. Ahanger is the founder of Islamic State JK and an original fighter for the Tehrik ul Mujahideen. Its roots can be traced back to Ahl-i Hadith or Ahl-e-Hadith which had a local chapter in Gow Kadal area in Srinagar. This is a religious movement that emerged in northern India in the mid-nineteenth century from the teachings of Syed Nazeer Husain and Siddiq Hasan Khan.

Adherents of Ahl-i Hadith profess to hold the same views as the early Ahl al Hadith movement. They regard the Quran, ‘sunnah’ and ‘hadith’ as the sole sources of religious authority and oppose everything introduced in Islam after the earliest times. In particular, they reject ‘taqlid’ (following legal precedent) and favour ‘ijtihad’ (independent legal reasoning) based on the scriptures. The movement has been compared to Saudi Wahhabism or a variation on the Wahhabi movement, but the movement itself claims to be distinct from Wahabbism and some believe it possesses some notable distinctions from the mainly Arab Salafis.

This contagion of Wahhabi Salafism is now part of the construct of modern Kashmir as the dark web and TOR has penetrated homes through the internet to indoctrinate young impressionable minds. The major concern of the security agencies is that Kashmiri nationalism is gradually being replaced by Islamic theology and ideology and Sharia.

Pulwama is actually a tipping point in this attritional war being fought since 1989-90 for self-belief has now dawned on the local youth. Adil Ahmad Dar, 20, from the village of Lethipora in Indian Kashmir, rammed a car full of explosives into the convoy and the body count was low because intel agencies now claim that the bomb was poorly fabricated.

Dar had been radicalised after police stopped him and his friends on the way home from school in 2016. “They were stopped by the troops and beaten up and harassed,” his father said, adding that the students were accused of stone-pelting. “Since then, he wanted to join the militants.” This is a very delicate time in Kashmir’s history of bloodletting and violence. It requires the entire heft of the new government to bring the local Kashmiris back into the mainstream.