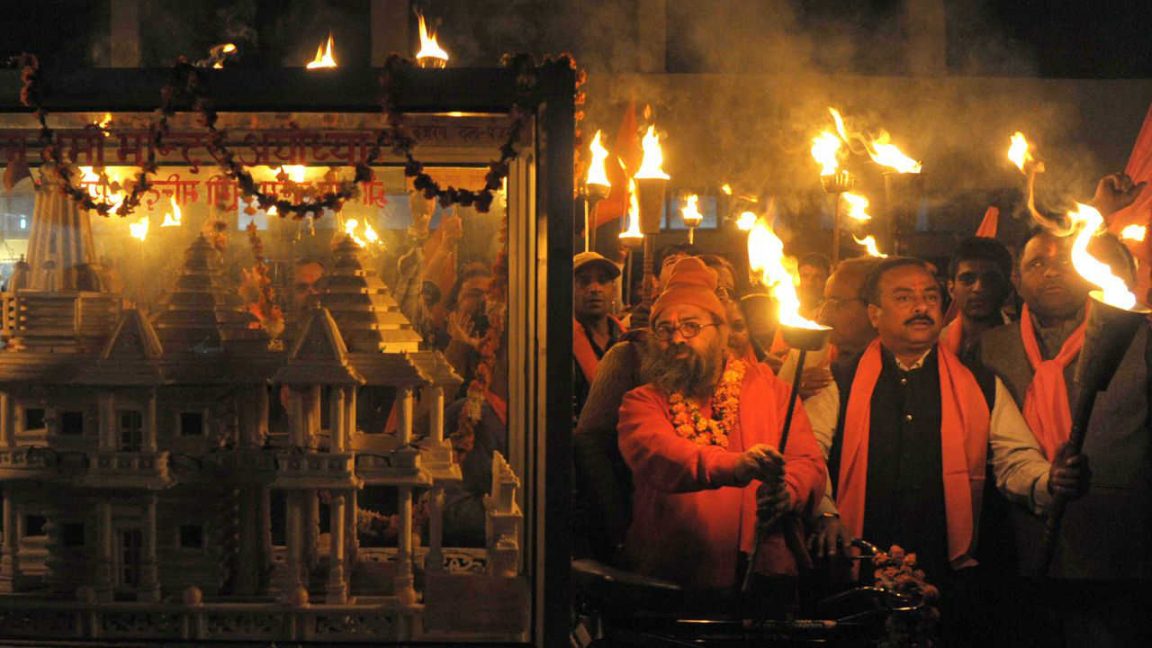 The administration in Ayodhya has begun preparing the fresh demarcation process of the acquired land following the final verdict in the Ram Janmabhoomi Babri Masjid title suit passed on November 9.

The 67.7 acres land was acquired by the union government in January 1993 through the Acquisition of certain area of Ayodhya Act 1993. The acquired land include — Kot Ramchandar, Jalwanpur and Awadh Khas of Faizabad Tahsil.

According to the section 3 of the Acquisition Act 1993, right, title and interest of acquired land vest in the union government. The acquired land, include residential houses, agricultural lands, Hindu temples and Muslim graveyards.

According to sources, before the formal constitution of the Trust for Ram Mandir, the status of the land is to be made clear.

Faizabad Commissioner Manoj Mishra, however, refused to reveal the details of demarcation process. He said “paimaish” (measurement) of the acquired land will be done according to the requirement of the Trust.