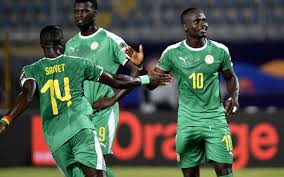 Sadio Mane”s Senegal and an Algeria side captained by Riyad Mahrez will attempt to secure their place in Africa Cup of Nations history in the final in Cairo.

Senegal, the 2002 runners-up, are desperate to end a long wait for a first continental title, while Algeria are looking to add to the trophy they lifted as hosts 29 years ago.

For Senegal, Africa”s top ranked side, the ride to the final has encountered its share of bumps in the road but there is little doubt the showpiece at the 75,000-capacity Cairo International Stadium will feature the tournament”s two standout teams.

A Youcef Belaili goal gave Algeria a 1-0 win when the countries met in the group stage, but this time there is no second chance with Cup of Nations immortality awaiting the victor.

“If you get to the final, the aim is obviously to win it. The game in the group stage wasn”t decisive but now it is and that”s the difference,” said Algeria boss Djamel Belmadi.

Senegal coach Aliou Cisse is on a mission for personal redemption as the skipper of the side beaten on penalties in the 2002 final, when his missed kick handed the title to Cameroon.

“Having lost that final, I still have it on my mind,” said Cisse.

“What motivated me to become a coach was to be able to take Senegal to the final. My players told me they would do better than my generation.”

“Algeria are a great team and we respect them,” he added.

“We”re in the final now and determined to win.”

Liverpool star Mane is hoping to fulfil his “wildest dream” as one of just a handful of Africans to win both the UEFA Champions League and Cup of Nations.

“I”m ready to even swap a Champions League for a Cup of Nations. Going to Dakar with the trophy would be extraordinary. It would be my wildest dream,” Mane told France Football ahead of the competition.

Standing in the way, however, is an Algerian outfit that has undergone a remarkable transformation since the arrival of the straight-talking Belmadi as coach a year ago.

The Desert Foxes crashed out of the 2017 edition in the first round and flopped badly in World Cup qualifying, but former Qatar boss Belmadi has healed divisions in the squad to lead his nation to the brink of a first continental crown on foreign land.

“To the Algerian people, I want to say I”m not a politician, not a miracle worker or a wizard, but that we will fight like we have fought to this point,” Belmadi said after the 2-1 semi-final win over Nigeria.

Algeria owed that victory to a stunning last-gasp free-kick from Mahrez, who is craving further honours here after a domestic treble with Pep Guardiola”s Manchester City.

“We are very happy to be in the final of the Africa Cup of Nations because it is something very special,” said Mahrez.

“It was our goal to do it for the people and for our families. We know they are behind us all the way. It”s my dream to win the Cup of Nations.”

It will be the first final to feature two local coaches since 1998, when Mahmoud El Gohary”s Egypt defeated Jomo Sono and South Africa 2-0 in Ouagadougou.

Senegal had already lost first-choice goalkeeper Edouard Mendy to a broken finger and must now do without defensive rock Kalidou Koulibaly, who is suspended after two yellow cards in the knockout phase.

The occasion will also mark the climax not only of Algeria”s campaign on the field, but of their fans” recent political campaign in the stands.

In April, long-standing president Abdelaziz Bouteflika resigned after weekly Friday protests against his expected candidacy for elections, and football fans have been heavily involved in demonstrations.

Algeria will have the backing of an additional 4,800 supporters for the final. Some of them will arrive in Cairo on military planes organised by Prime Minister Noureddine Bedoui, who has also been a target of the demonstrations.