Shri Singh said that India continues to be the largest producer of milk in the world since last 15 years and the credit for this achievement goes to the initiatives taken by the Government by implementing various schemes to increase the productivity of milch animals. Milk production, which was around 17-22 million tonnes in the 1960s, has increased to 163.7 million tonnes in 2016-17. Particularly, it has increased by 19% during 2016-17 in comparison to the year 2013-14. Similarly, per capita availability of milk has increased from 307 grams in 2013-14 to 351 grams in the year 2016-17, which shows a growth of 14.3%.  Similarly, the income of dairy farmers increased by 23.77% in 2014-17 compared to 2011-14.  During the last 3 years, with the annual growth rate of 5.53%, milk production in India has outpaced global milk production where it has grown by 2.09%.

NDP I is being implemented by NDDB (National Dairy Development Board) through state cooperative milk organizations /federations.

NPDD is being implemented through the state government through the co-operative milk organizations /milk federations of the concerned state.

Dairy Entrepreneurship Development Scheme is being implemented by NABARD (National Agricultural and Rural Development Bank) through the state government through nationalized banks at the district level.

Dairy Processing & Infrastructure Development Fund (DIDF) is an ambitious scheme, which was launched in 2017-18 with an aim to double the income of the milk farmers and to further the efforts of the White Revolution. This scheme is being implemented by the NDBB through the state government through cooperative milk organizations/milk federations of the concerned state.

Shri Singh said that dairy sector provides livelihoods and security net to the landless and marginal farmers. About 7 crore rural households are engaged in dairying in India with 80% of the total cow population. Union Agriculture Minister further informed that consumer interest in high protein diets is increasing and growing awareness and availability of value-added dairy products through organized retail chains are also driving its demand. During the last 15 years, Milk Cooperatives have converted about 20% of milk procured into traditional and value-added products that offer about 20% higher revenue. This share of value-added products is estimated to increase to 30% by 2021-22.

Shri Radha Mohan Singh said that Department of Animal Husbandry, Dairying & Fisheries (DAHDF) has initiated a number of schemes with the objective of doubling the dairy farmers’ income in line with the resolution of the Prime Minister to double the farmers’ income by the 75th anniversary of India’s independence (the year 2022). In this direction, dairy farmers’ income is being raised in two ways – one by raising milk production and productivity and by increasing the price of raw milk per kg.

The Union Minister said that to meet the future challenges, it is necessary to gradually shift towards a technology-driven environment. To achieve the same, DAHDF is working on a National Action Plan Vision 2022 where along with enhancing the outreach of dairy cooperatives to additional villages and milk producers, suitable provisions are being made to build additional milk processing infrastructure for processing additional volume of milk expected on account of higher milk production and meeting the increased demand for value-added products. The aim of the scheme is doubling of dairy farmers’ income which is not possible without creating additional milk processing infrastructure. This plan envisages assigning a higher priority to the judicious use of available resources through the adoption of modern technologies which will ultimately help all the stakeholders involved including the milk producers. 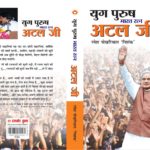 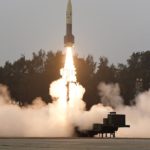