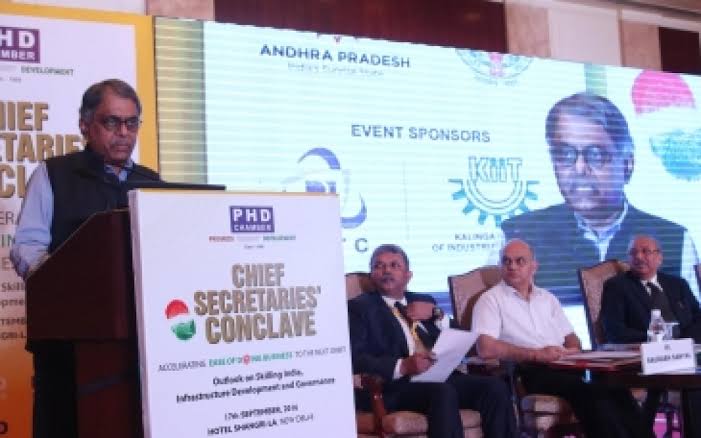 Cabinet Secretary P.K. Sinha has called for a meeting on Monday to discuss the vision, policy intervention, investment and departmental responsibilities towards achieving the target of a $5 trillion economy by 2025 as it was announced by Finance Minister Nirmala Sitharaman when she unveiled the 2019-2020 Union Budget.

Sinha has called for the meeting where eight secretaries forming several groups — social, health, finance and economic — will deliberate on a roadmap to achieve the target and which department will do what.

The groups will holistically see which sector can contribute to year plan as well as in the mid term till 2022, official sources said.

While unveiling the Budget on Friday, Sitharaman said: “From $1.85 trillion in 2014, the economy has reached $2.7 trillion mark. We can very well reach $5 trillion in the next few years.”

The road to a $5 trillion economy by 2024-25 would need investment in infrastructure, digital economy and initiatives to be proposed for kick-starting the virtuous cycle of investments, the Budget said.

The Economic Survey has pegged a GDP growth rate of 7 per cent for FY20, up from 6.8 per cent in the previous fiscal. And to achieve the $5 trillion economy, the Survey has laid a roa map where it says India must grow at 8 per cent.

In the last last fiscal due to a slowing growth and investment as well as demand and consumption, the economy hit a rough patch of a five-year-low growth of 6.8 per cent.

The Survey said its theme is about enabling a “shifting of gears”, “to achieve the objective of becoming $5 trillion economy by 2024-25, as laid down by the Prime Minister”.

For this, “India needs to sustain a real GDP growth rate of 8 per cent”.

It also suggested that “exports must form an integral part of the growth model because higher savings preclude domestic consumption as the driver of final demand”.

But the Budget did not mention any steps to boost exports.

It also discusses the case of growth stories in China, Thailand, Indonesia and South Korea to highlight the issue of Gross Capital Formation – savings and investments contributing to GDP in these countries.