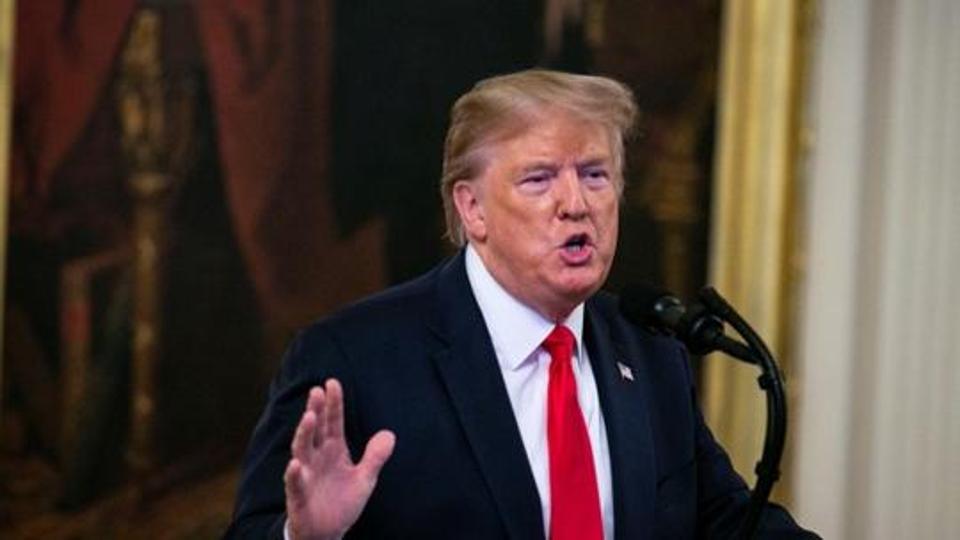 US President Donald Trump has said he does not feel the need to strike a trade agreement with China before the next year”s presidential elections, emphasizing that he is looking for a complete and not a “partial deal” with Beijing.

The world”s two largest economies have been locked in a bruising trade war since Trump in March last year imposed tariff hikes of up to 25 per cent on USD 250 billion of Chinese goods.

In response, China, the world”s second largest economy after the US, imposed tit-for-tat tariffs on USD 110 billion of American goods.

“No, I don”t think I need it before the election,” Trump told reporters on Friday at a joint news conference with Australian Prime Minister Scott Morrison when asked if he feels the need for a trade deal with China before the 2020 presidential elections.

Trump insisted that he was looking for a complete trade deal.

“China has been starting to buy our agricultural product. If you noticed over the last week and actually some very big purchases but that is not what I am looking for. We are looking for the big deal. We have taken it to this level,” Trump said.

The trade dispute between the US and China widened in August, with each side imposing retaliatory tariffs on the other. But there have been signs of deescalation in recent days, and Trump has increasingly expressed optimism of reaching a deal with China. US and Chinese counterparts have resumed trade talks this month.

On September 19 and 20, deputy-level negotiators from the United States and China met here to continue discussions aimed at improving the trade relationship between the two countries, the United States Trade Representative said in a statement.

These discussions were productive, and the United States looks forward to welcoming a delegation from China for principal-level meetings in October, it said.

President Trump said the US was taking in billions and billions of dollars of tariffs from China as a result of his policies.

China has devalued their currency and they are putting in lot of money into their economy and they have a very bad economy right now, he said.

“I don”t want them to have a bad economy, but it is the worst they say 57 years,” he said.

Trump said two weeks ago the Chinese economy was the worst in 22 years, but now it is 57 years and is only going to get worse.

“Their supply chain is being broken up very badly and companies are leaving because they can”t pay the 25, soon to go to 30 per cent tariff and we have 30 per cent very shortly on USD 250 billion,” he said.

“We have another tariff and a slightly smaller number on about USD 300 billion worth of goods and products so they would like to do something as you know we are talking a little bit this week talking about lot next week and then top people are going to be speaking the week following,” Trump said.

Morrison emphasised that it was always necessary for the deals to be fair.

“There are some real serious issues that have to be addressed in that deal, things like intellectual property. That is a big issue and it needs to be addressed. So we look forward to them achieving it and providing the broader certainty and stability to the global economy which all nations will benefit from,” the prime minister said.