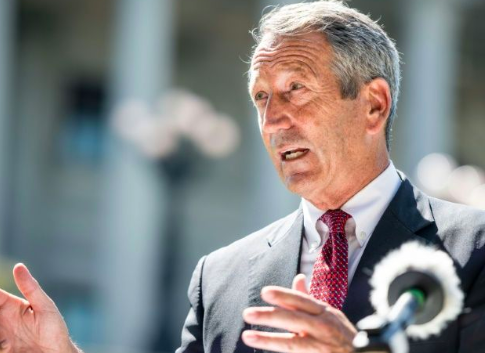 Sanford, 59, announced he was suspending his campaign in a statement on his Facebook page.

“I am suspending my race because impeachment has made our goal of making the debt, deficit and spending issue a part of this presidential debate impossible right now,” he said.

“Impeachment literally pulls all the oxygen from the room that could be used to discuss a host of other issues,” Sanford said.

“The Republican Party is made up of good people, but it has been misled by this President and turned in a direction that will bring self-inflicted injury both to the party and the conservative movement for years to come,” he added.

The Democratic-led House of Representatives is to open public impeachment inquiry hearings on Wednesday accusing Trump of abuse of power.

Sanford”s bid to challenge the sitting president for the Republican nomination failed to gain much traction since he threw his name into the ring two months ago. His departure from the race leaves two other Republicans waging longshot bids for the nomination — former Massachusetts governor William Weld and former Illinois congressman Joe Walsh.

Sanford was governor of South Carolina from 2003 to 2011, and served two separate stints in the House of Representatives, but lost a party primary in 2018 after Trump urged voters to back his challenger.