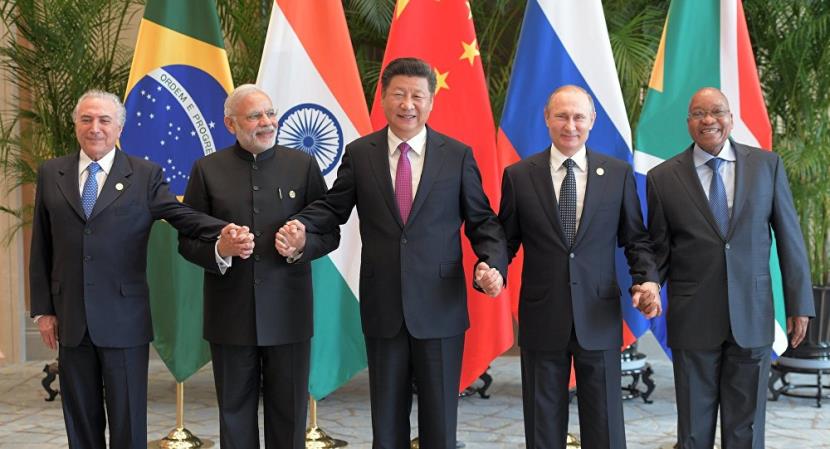 Brazil, Russia, India, China and South Africa, or collectively BRICS, on Wednesday signed a declaration to accelerate cooperation in cultural areas, media reported. The declaration was signed in Johannesburg by the BRICS ministers of culture after months of consultations. The declaration will see the five countries cooperating in fashion, culture and animation. South Africa’s Minister of Arts and Culture Nathi Mthethwa called for the speedy implementation of the declaration.

“This declaration is a clear signal where we want to go and areas where we emphasise and practical steps we need to take. Cultural cooperation cannot be overemphasised, that should be the medium of our engagement. We have to engage on this continuously,” said Mthethwa, Xinhua news agency reported.

The culture ministers also agreed to engage the New Development Bank to fund cultural and creative industry programmes. They endorsed the establishment of the BRICS cultural working group which comprises of senior officials from BRICS countries to foster people to people cooperation and encourage cooperation in the creative industry.

“We have to move speedily and instruct the working group to begin work. Cultural diplomacy has to be accelerated. This must not be confined to the boardrooms but should go to the people.” Mthethwa said.

He said BRICS have brought hope to the people and that needs to be sustained to bring political and economic governance, and the 4th industrial revolution has to play a centre stage in culture with countries also cooperating to digitalise the sector.

China’s Deputy Minister of Culture and Tourism Xiang Zhaolun said that culture is vital in the BRICS cooperation. It will enhance understanding among the BRICS countries, and improve tourism and economic benefits. The ministers also endorsed institution-to-institution collaborations. These include cooperation in BRICS Alliance of Museums, BRICS Alliance of Arts Museum and Galleries.