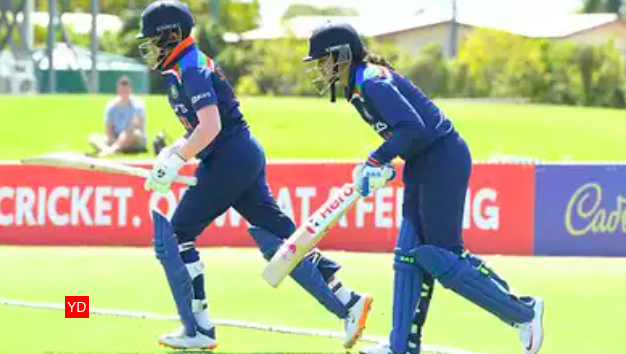 Bolstered by Jemimah Rodrigues” return to form, India will look to come out all guns blazing in the second women”s T20 International against Australia on Saturday after rain played spoilsport in the opening game here.

Criticised for her consistent failures and after losing her place in the 50-over set-up, Jemimah made a sensational comeback with an unbeaten 49 off 36 balls in the first T20I.

The 21-year-old continued her impressive showing from ”The Hundred” to anchor the Indian innings and her return has added more firepower to the batting line-up which includes the elegant Smriti Mandhana and the young and dashing Shafali Verma at the top-order.

Mandhana and Shafali have been in good form during this tour, having played pivotal roles in the drawn Test and also gave India a rollicking start in the first T20 on Thursday.

Harmanpreet Kaur also joined the team in the first game after missing the ODI leg and the day/night Test owing to a thumb injury. Her presence makes India a formidable batting unit, which can tear into any opposition.

India didn”t have a good start to the tour as they took some time to adapt to the conditions, losing the first two ODIs but since then, they have dominated the proceedings.

After bringing an end to the Aussies” three-year world-record streak of 26 wins with a two-wicket victory in the final ODI, India produced a dominating show in the four-day pink ball Test, which was drawn following rain interruptions on the first two days.

On Thursday, India looked set to post a good total on the board as they scored at a quick pace and were 131 for 4 in 15.2 overs before the game was washed out and Harmanpreet and Co. will look to win the next two T20s to end the tour on a high.

The back-to-back games will also be about fine-tuning their skills and regaining touch ahead of next year”s ODI World Cup, especially for Harmanpreet, who missed out on game time due to multiple injury setbacks.

It will also be a big opportunity for the young duo of Yastika Bhatia and Richa Ghosh to shine in the middle order.

In the bowling department, veteran seamer Shikha Pandey will carry the onus of getting early wickets, while the likes of Renuka Singh, Meghna Singh and spinners Pooja Vastrakar, Rajeshwari Gayakwad and Deepti Sharma will also look to do their job.

Australia, on the other hand, boast of a number of quality all-rounders in the shorter formats and the hosts will depend on them to tame the Indians.

Captain Meg Lanning has plenty of options and she will hope the young stars will deliver in the next two matches.

All-rounder Tahlia McGrath, who was impressive in the pink ball Test, conceded 14 runs on debut in the only over she bowled on Thursday and she will be itching to prove a point. Young Hannah Darlington too will look to grab the opportunities.

The hosts also have plenty of experience in Ellyse Perry, Alyssa Healy, Meg Lanning, Ashleigh Gardner and Beth Mooney to trouble the Indians.