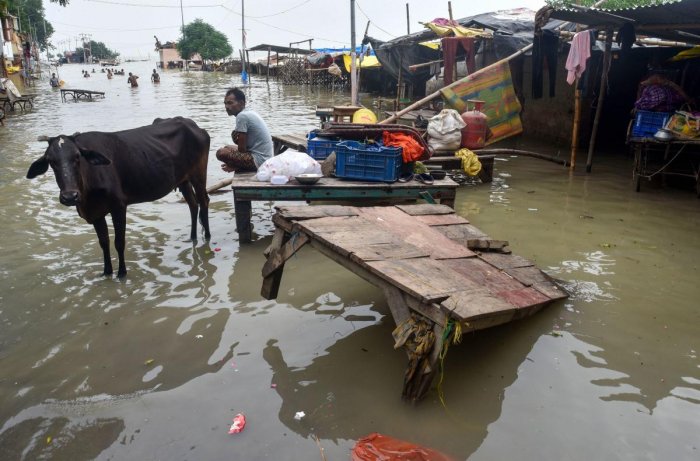 As many as 19 people lost their lives in rain-related incidents in Uttar Pradesh where raging waters of major rivers have disrupted normal life, officials said on Thursday.

“As many as 15 persons have died due to rain related incidents in different districts of the state.

“The figure included three deaths in Amethi, two each in Raebareli, Sonbhadra and Mirzapur and one death each in Saharanpur, Hamirpur, Pratapgarh, Fathepur, Basti and, Ayodhya,” the Relief Commissioner”s office said.

Besides the 15, four more persons have died in Ballia and Bhadohi, according to reports.

While three people drowned in Ballia in separate incidents, another person was killed in Bhadohi district.

Police said in Ballia, one Ashish Verma (18) drowned in BST embankment while trying to cross flood waters to cut fodder for animals.

In another incident, one Kamlesh Kannaujia (26) drowned in Tamsa River. Another youth drowned near Bansdeeh township, police added.

In Bhadohi, a 75-year-old died after a roof collapsed at Sonaicha village.

A Central Water Commission report here said the Ganga was in spate at different places along its route flowing just below the danger mark at Garh Mukteshwar and Fatehgarh and crossing the danger mark at Naraora (Bulandshahr), Kachchla Bridge (Badaun) and Ballia.

River Yamuna at Mathura, Sharda at Palia Kalan and Ghaghra at Barabanki were flowing above the danger mark. They were also flowing just under the danger mark at some other places, the report said.

Ganga water has entered some houses in urban areas of Ballia, forcing people to take shelter on rooftops.

Meteorological department Director J P Gupta said monsoon will remain active in the state for the next four to five days though there is not much likelihood of heavy rains.