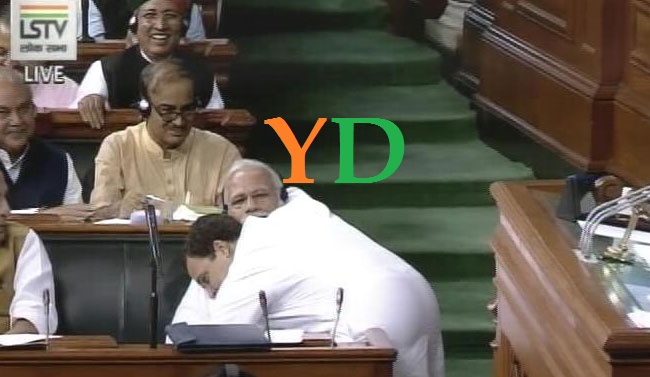 Performing in the debate on the ‘No Confidence Motion’ against the Prime Minister Modi Government, The Congress President Rahul Gandhi sharp attacked the PM in Lok Sabha on ‘menace of unemployment’, Mr Gandhi alleged that unemployment was at its peak in last four years under PM Modi.  He argued against the promise of providing two crore jobs every year, only 4 lakh jobs have been created. Further he said that, “PM Modi’s pre-poll promise of depositing Rs 15 lakh in bank accounts of poor peoples”. and termed it as “Jumla Strike” number one. Raising the issue of joblessness’ which he termed as ‘jumla strike two’.

Further, Mr Gandhi remarked the ‘Rafale Deal’ demanding answers from PM on why he allegedly advocated a particular businessman in this defence contract? The Congress President has mentioned that the French PM has personally told me, “there is no secret pact between the Indian and the French governments,” also demanding that the PM must answer why this deal was given to a particular businessman after taking it away from the Hindustan Aeronautical Ltd. Rahul Gandhi also accused Defence Minister Nirmala Sitharaman of speaking “untruth” in the Rafale Deal.

The Congress President claimed that PM must explain why Rafale offset deal was taken away from state-run HAL and given to a private company. “A businessmen who has not built a single airplane in his life and has a debt of Rs 35,000 crore was given the Rafale deal because of his relationship with Narendra Modi”. Mr Rahul Gandhi has said that, ‘everybody understands the amount of money that goes into the marketing of the PM and everybody knows who have funded that. One of those people was given the Rafale Deal the gentleman benefitted to the tune of Rs. 45,000 crore..

Meanwhile, Defence Minister Nirmala Sitharaman has said on Rafale Deal: ‘Secrecy act with France was signed in 2008’. Union Minister Smriti Irani has said that, “We all have witnessed the lies propagated by Rahul Gandhi in Lok Sabha on July 20, 2018. He had absolutely ‘no proof’ but only political negative rhetoric and that itself has cost him in every election that he has fought”. Hitting back at Rahul Gandhi, BJP leader and Parliamentary Affairs Minister Ananth Kumar has said the Congress President behaviour was childish and that his party will move a privilege motion against Rahul Gandhi for putting forth “falsehood and misleading the Parliament”. Mukhtar Abbas Naqvi, Congress president Rahul Gandhi’s speech on No-confidence motion in the Lok Sabha was full of “Confusion, Contradiction and Comedy”.

Although, Mr Rahul Gandhi also claimed the issue of prime minister’s foreign tours and accused him of not raising the Doklam issue during his ‘without-agenda’ China visit. And continued his onslaught against the Union Government, expending in on issues like agrarian crisis/farmer’s distress, corruption and crony capitalism etc.. Mr Gandhi argued that he has no hatred for PM, the BJP and the RSS; Gandhi instead thanked them for teaching him the meaning of “Congress, life and being a Hindu”. You can call me Pappu, give me names, but I will never have hatred for you”, he said ending his sharp speech during the no-confidence motion in the House..

While Rajnath Singh, Minister for Home Affairs, says that only under the PM Narendra Modi had the Minimum Support Price become double. “This can only be done by someone who was born to a poor woman,”. The Minister refers to Mr Gandhi  as being born with a silver spoon. “Poverty is a matter of hearing for him, not a matter of suffering,”. It has now been four years since we took over, and our PM has not taken even four minutes of leave.

Read Also, BJD walks out as Lok Sabha begins debate on no trust motion against Centre

Rahul Gandhi is lying on Rafale deal. Here is the proof, See what French President Emmanuel Macron had to say on the deal.@BJP4India @nsitharaman @PMOIndia #NoCofidenceMotion #BhookampAaneWalaHai pic.twitter.com/qbtrIpY99I

In the Context of mob lynching, Rajnath Singh reiterated that the Centre will take all steps to bring an end to mob lynching. He took a swipe at the Congress party and mentioned: “Those who talk about mob lynching, they should know that most numbers of mob lynching incidents have happened in 1984.” Hailing the efforts of security forces of the country, Union Home Minister said, “No major incident of terrorism has happened in India in the last four years.” He rises to speak in Lok Sabha, recalls an incident three-decades ago when Rajiv Gandhi pointed at BJP and remarked “Hum Do, Hamare Do”. Today, we are the majority in the House. Not a single party had the numbers to bring a no-confidence motion on its own. Also, Lok Sabha speaker Sumitra Mahajan chastises Congress leaders, says it was not right of Rahul Gandhi to hug PM Modi. “The manner in which it was done was not right,”. The BJP will bring a privilege motion against Congress president Mr Gandhi over his “false allegations” in the Lok Sabha..