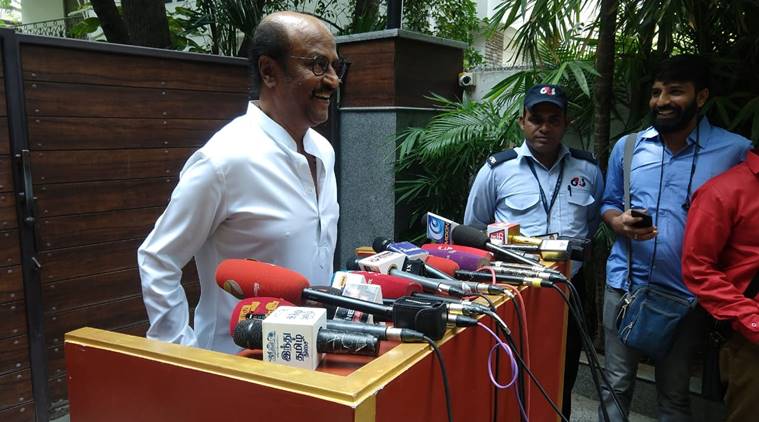 Superstar Rajinikanth on Tuesday said it was for the people to decide whether the BJP is a “dangerous” party but said if 10 parties are ranged against one, then it shows who is strong.

Meeting the media in an apparent damage control exercise over remarks made by him on Monday, the actor refused to give his personal opinion on whether the Bharatiya Janata Party (BJP) was a “dangerous party” as he had still not entered politics.

On Monday, when he was asked whether the BJP was such a dangerous party that opposition parties were combining against it, Rajinikanth had said: “If they (non-BJP parties) have said it like this, then it must be definitely correct.”

He also sought to correct an impression that he did not know anything about the seven convicts in the Rajiv Gandhi assassination case whose demand for release was now pending with the Tamil Nadu Governor.

On Monday, when he was asked about it, he had countered: “Who, which seven people. I don’t know.” On Tuesday, Rajinikanth said, “This Rajinikanth is not a fool that he does not know about the seven convicts. I think they have spent 27 years in jail and on humanitarian conditions they should be released.”

He also recalled that he had telephonically talked to one of the convicts, Perarivalan, when he had come out on parole and had consoled him. His reaction on Tuesday came after he faced a backlash in the social media where #Rajinikanth does not know” was trending on top.