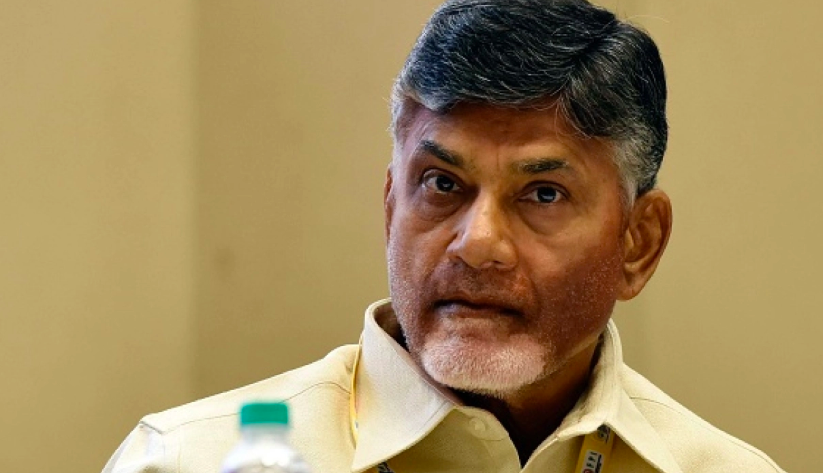 A month ago, he was at the centre stage of national politics, making hectic efforts to prop-up a non-BJP government at the Centre. Today, with four of his Rajya Sabha members defecting to the BJP, Nara Chandrababu Naidu is staring at perhaps the biggest crisis of his political career.

Till May 22, a day before the counting of votes, the Telugu Desam Party (TDP) chief was shuttling between Delhi, Amaravati and other state capitals, using his political experience to cobble together an alliance as he was optimistic about chances of a non-BJP coalition taking shape at the Centre.

The results were devastating for many regional players, hoping to play a crucial role in the formation of next government or at least emerge as kingmakers.

For Naidu, it was a double whammy as he could not even retain power in his home turf. In its worst-ever poll performance, TDP finished with just 23 seats in 175-member Assembly.

The massive majority secured by Bharatiya Janata Party (BJP) in the Lok Sabha upset all calculations by Naidu at the Centre. The YSR Congress Party (YSRCP) juggernaut in Andhra Pradesh bagged 22 parliamentary seats, leaving just three for the TDP.

With his friend-turned-foe Narendra Modi retaining power at the Centre and bete noire Y.S. Jagan Mohan Reddy storming to power in the state, 69-year-old Naidu was staring the biggest challenge of his four-decade-long political career.

Just as he was coming to terms with the new reality and was holidaying in Europe with his family members, came the shocking news of defections by four Rajya Sabha members of the TDP to the BJP.

What rattled Naidu is that his close confidantes Y.S. Chowdary and C.M. Ramesh were among the four, who not only switched the loyalty but also requested Rajya Sabha Chairman to merge the TDP parliamentary party with the BJP in the upper House of Parliament.

A shrewd politician, Naidu is known for his political master strokes. That’s the reason, many of his rivals see in the defections by four Rajya Sabha members a ploy by Naidu.

All the four Rajya Sabha members who joined BJP are businessmen and TDP leaders say they defected for their ‘vested interests’.

While YSRCP leaders claim that Naidu asked the MPs to join the party to save themselves in various cases opened against them by the Central agencies, others said that the TDP chief perhaps wants to mend fences with the saffron party.

However, the TDP leaders have rubbished all these claims. “We fought with BJP for the state’s interests and will continue to do so. There is no need for us to do any such thing,” said senior TDP leader K. Rammohan Rao.

Political analysts say with the TDP out of power in Andhra and Modi back at the helm in Delhi, the MPs were not only looking to secure their political future but two of them also wanted to save their skin.

Chowdary, who served as a minister of state in the Modi government till the TDP pulled out over the issue of special category status to the state, has been facing probes by the Central Bureau of Investigation (CBI), Enforcement Directorate (ED) and Income Tax for alleged for defrauding of banks by his firms.

Chowdary denies the charges maintaining that his decision has nothing to do with the cases.

Ramesh, another right-hand man of Naidu, too faced I-T raids with regard to the financial dealings by a company in which he is the director.

Interestingly, both Chowdary and Ramesh had called the raids by the central agencies a political vendetta by the BJP. Naidu had always defended them and had even withdrawn permission to the CBI to conduct investigations in the state.

A group of TDP leaders even see a BJP conspiracy in engineering the defections. Rammohan Rao alleged that the BJP and YSRCP are working in tandem to put the party in trouble.

Since the YSRCP has 151 members in 175-member state Assembly, it is not keen on luring the TDP legislators. However, the BJP has gone aggressive. The TDP leaders suspect it may try to woo their remaining two MPs in the Rajya Sabha and the three Lok Sabha MPs. They alleged that BJP was also trying to woo the MLAs to deprive the TDP of the post of Leader of Opposition in state Assembly.