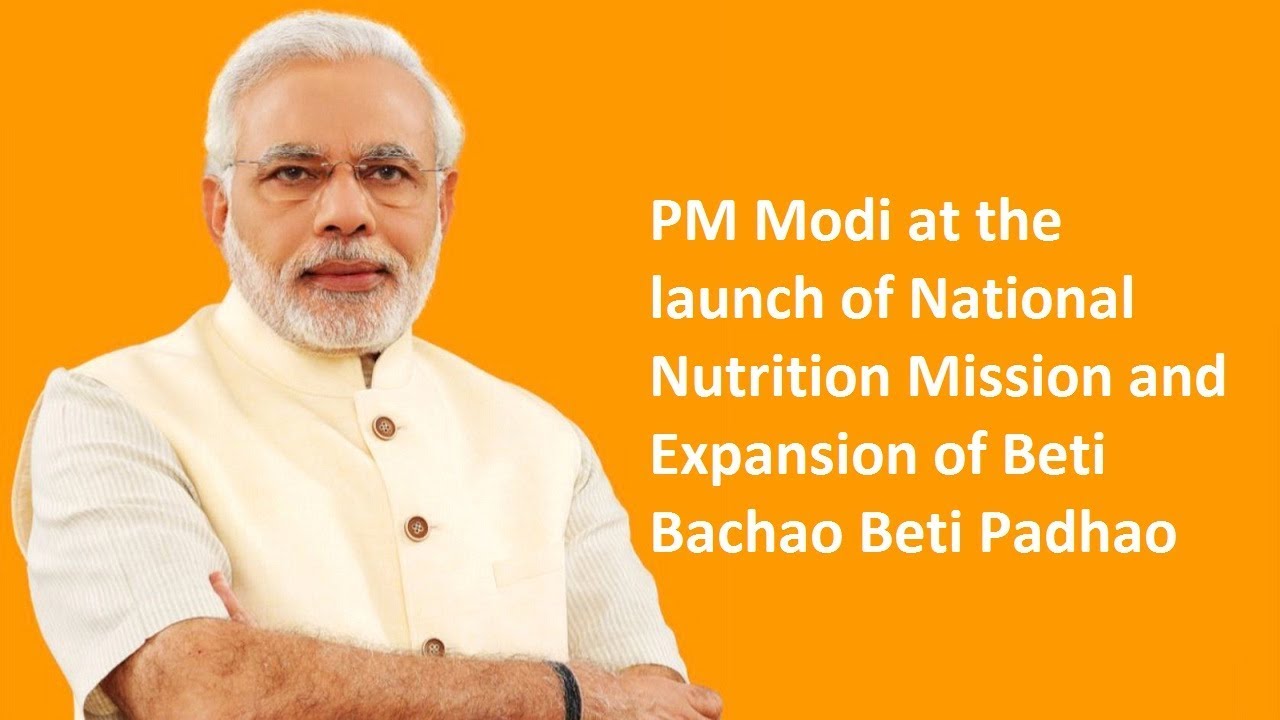 On the occasion of International Women’s Day, the Prime Minister, Shri Narendra Modi launched the National Nutrition Mission and Pan India Expansion of Beti Bachao Beti Padhao (BBBP) covering all 640 districts of the Country at a mega event held at Jhunjhunu in Rajasthan tyesterday.

The Prime Minister also awarded ten districts for showing outstanding performance in the areas of effective community engagement, enforcement of PC&PNDT Act and enabling education of the girl child.

Addressing the large gathering on the occasion, the Prime Minister said that through the power of technology, the entire nation is connected with Jhunjhunu. He appreciated Jhunjhunu district for furthering the Beti Bachao, Beti Padhao movement. He said there is no question of discrimination based on gender. The Prime Minister stressed on the importance of girls getting access to quality education, just like boys. Emphasizing that a daughter is not a burden, he said girls are bringing pride and glory for our nation, and excelling in several fields.

The Prime Minister also spoke of the importance of providing proper nutrition to children. He said Mission Indradhanush has brought an extremely positive change in the lives of women and children. The acronym PM should remind everyone of  ‘Poshan Mission’ from now onwards, Shri Narendra Modi  said in a lighter vein. The Prime Minister further emphasized that both the National Nutrition Mission and Beti Bachao Beti Padhao should be run in the form of a Jan Andolan to make them a success on the ground.

Addressing on the occasion, the Union Minister for Women & Child Development, Smt Maneka Sanjay Gandhi highlighted the journey of success and struggle of the Beti Bachao Beti Padhao Scheme since its launch by the Prime Minister on January 22nd, 2015. The Minister said that with continuous and persistent efforts, the attitude of the society towards the girl child has shown a clear cut change for the better and within three years itself, the ratio of girls to boys has shot well above 900. The credit for highlighting and taking forward the issue goes to the Prime Minister, she said. Smt Maneka Gandhi explained that several new initiatives have been taken by the government like the successful implementation of BBBP in 161 districts, six months’ maternity leave for working women, training of women sarpanches, universal implementation of Pradhan Mantri Matru Vandana Yojana. The government has setup 200 Sakhi Centres for women affected by violence and more than one lakh women have availed of the services of these centres till date. A Shelter home for one thousand widows has been set up in Vrindavan, Mathura by the Ministry and another one is being constructed in Varanasi, she disclosed. Similarly, a forensic lab is being setup in Chandigarh for speedy forensic processing of rape cases. Smt Maneka Gandhi said that an historic Bill against trafficking of women & children will be brought in this session of parliament.

The Chief Minister of Rajasthan, Smt. Vasundhara Raje , in her address,  highlighted how women have broken the glass ceiling and moved ahead in several new areas.  The State of Rajasthan is giving undivided attention to the education of the girl child and is distributing laptops, scooters and cycles to the girls to encourage them to go to educational institutions. Several unique initiatives have been undertaken by the state government as well as the people including planting trees at the birth of the girl child, appointing successful girls as brand ambassadors, marriage vows to save and protect the girl child amongst others, the Chief Minister explained.

The Prime Minister also awarded the winners of the Spot the Beti Bachao Beti Padhao Logo Contest and the winner of Logo for National Nutrition Mission. To commemorate the 3rd Anniversary of BBBP, the Prime Minister released a Photo Journey Book showcasing the innovative initiatives undertaken by the districts.

The Prime Minister interacted with 200 girl children born in Rajasthan after the launch of BBBP in January, 2015 along with their mothers.

The ten districts which were felicitated by the Prime Minister today have been awarded for their contribution in the following categories:

As per data available in the Health Management Information System, there has been an improvement in the sex ratio at birth. The efforts with the active participation of States/Districts have brought out encouraging results in achieving its goal; as a result of which the Sex Ratio at Birth (SRB) which was 918 in 2014-15 has improved to 926 in 2016-17 as per HMIS data. Buoyed by its success, it has been decided to go Pan-India and expand the programme to all districts. The total outlay of BBBP is ₹1132.5 Crore from 2017-18 to 2019-20.

Initial  focus of BBBP had been on the districts which were either below national average or were the worse in their own states in terms of absolute values of CSR. However, looking at the magnitude and criticality of the problem and its spread across the country, no district can be left out of BBBP ambit to make a real dent on overall CSR and following strategies are proposed to be implemented in various districts under its pan India expansion :

The National Nutrition Mission (NNM) has been set up with a three year budget of Rs.9046.17 crore commencing from 2017-18. The NNM is a comprehensive approach towards raising nutrition level in the country on a war footing. It will comprise mapping of various Schemes contributing towards addressing malnutrition, including a very robust convergence mechanism, ICT based Real Time Monitoring system, incentivizing States/UTs for meeting the targets, incentivizing Anganwadi Workers (AWWs) for using IT based tools, eliminating registers used by AWWs, introducing measurement of height of children at the Anganwadi Centres (AWCs), Social Audits, setting-up Nutrition Resource Centres, involving masses through Jan Andolan for their participation on nutrition through various activities, among others. 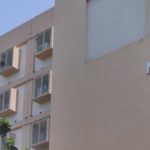