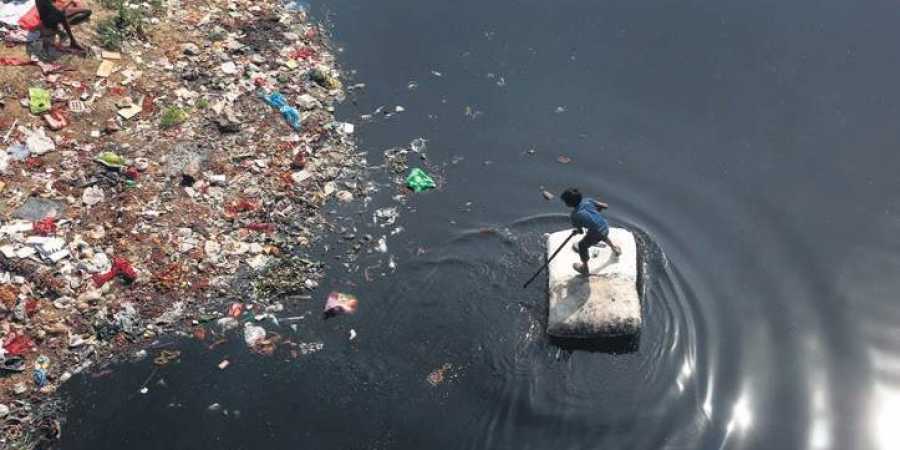 The NGT on Wednesday asked the AAP government and civic bodies to deposit Rs 250 crore in an escrow account to facilitate waste removal from landfill sites, and warned no officer will get salaries if they failed to abide by the directive.

The waste is contaminating the groundwater, which is turning “yellow and orange”, and reaching the Yamuna, the National Green Tribunal said.

There are heavy metals in the groundwater and other pollution parameters are many times the permissible limit, the green panel said.

It said the work to clear waste at the landfill sites should start from October 1 after the monsoon season ends.

Previously, it had directed the municipal corporations to submit an action-taken report to manage waste after a news report claimed that water had been contaminated in unauthorised habitations near Bhalswa, Ghazipur and Okhla landfill sites.

The tribunal had said according to the provisions of the Solid Municipal Waste Rules, 2016, the primary responsibility to manage legacy waste and allied issues is of the municipal corporations.

According to the news report, the groundwater in areas nearby the landfill sites contains heavy metals exceeding the WHO norms, and there is high concentration of chlorine nitrate, ammonia and iron, with pH between 7.5 and 8.5. It said 2,000 metric tons, 2,100 metric tons and 1,200 metric tons of waste was being dumped at Bhalswa, Ghazipur and Okhla sites per day, respectively.

The NGT was hearing a petition filed by Centre for Wildlife Litigation, through its secretary Bhanu Bansal, and others seeking compliance of the Solid Waste Management Rules, 2016. PKS PKS ABH ABH ABH.