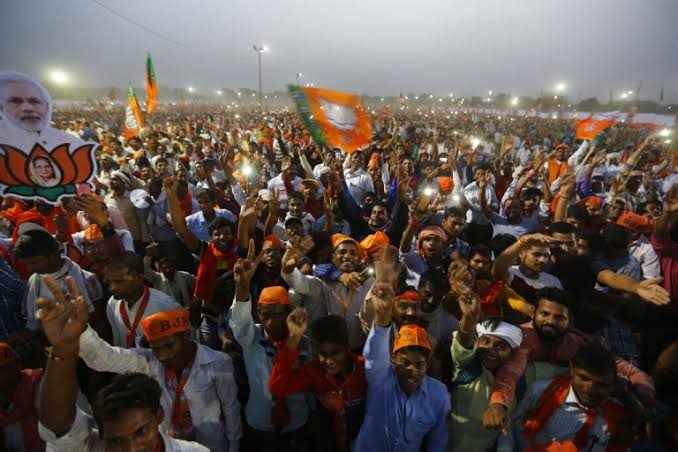 With counting of votes underway for Lok Sabha elections, trends show a positive signal for the BJP in Uttar Pradesh with the party leading on 54 seats. The BSP and SP, which are in alliance, are ahead on 13 and eight seats, respectively, as per official Election Commission of India trends.

The Congress party is leading on just one seat and Rashtriya Lok Dal, a part of SP-BSP alliance, is ahead on 2.

In what could become a major upset for the Congress, party president Rahul Gandhi is trailing by around 3,000 votes in Amethi against BJP’s Smriti Irani. UPA chairperson Sonia Gandhi is leading from Rae Bareli against Dinesh Pratap Singh of BJP.

In Varanasi, Prime Minister Narendra Modi is surging with more than 86,519 votes against Congress’ Ajay Rai. BJP leader and the sitting lawmaker from Mathura, Hema Malini is ahead against Kunwar Narendra Singh of RLD.

In Rampur, sitting parliamentarian Azam Khan of Samajwadi Party is surging against BJP’s Jaya Prada.The poll campaign in Rampur was marred with controversies due to Khan’s sexist jibes against Jaya Prada.

In 2014, the BJP had won 71 out of the 80 constituencies in the state, which is considered as the most politically significant in the country.