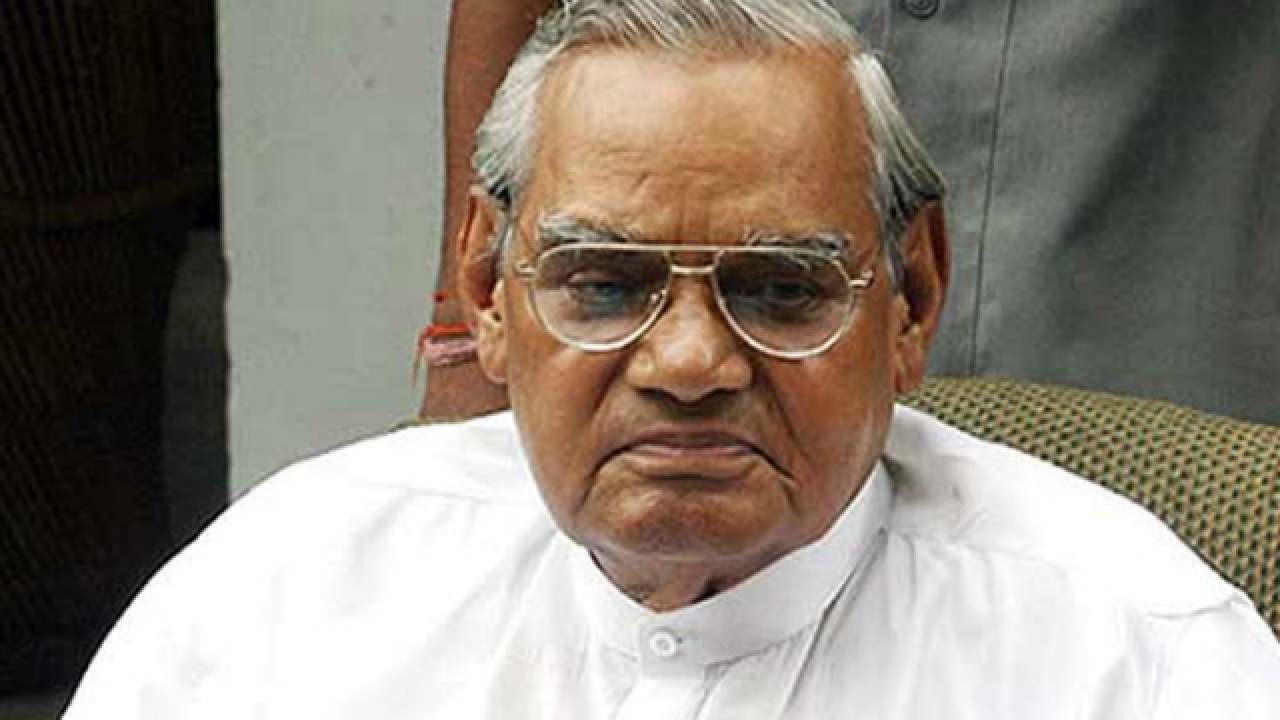 One of India’s most charismatic leaders, Atal Bihari Vajpayee is lauded as a statesman politician whose acceptability across the board broke barriers pitchforking the BJP to centrestage of politics in the late 90s. It was Vajpayee’s sway that brought new allies to BJP, then considered a virtual untouchable in view of its rightist leanings, especially after demolition of Babri Masjid, in 1998.

An orator par excellence and known for taking bold initiatives, notable being the attempt to bridge Indo-Pak differences, Vajpayee reached far beyond his BJP’s nationalist political agenda. As India’s longest serving prime minister outside Congress party, Vajpayee is often described as the moderate face of BJP.

His detractors used to call him a “mask” of the RSS, his benign smile of moderation hiding his party’s links with Hindu groups. Undeterred by party hawks who accused him of embarking on a misdirected visit to Pakistan in 1999, Vajpayee rode triumphantly into Lahore aboard a bus, on an initiative that was pursued by his successor Manmohan Singh.

Vajpayee’s diplomatic breakthrough was hailed as the dawn of a new era in Indo-Pak relations. But it was another story that Pakistan army undertook a covert operation to send its troops into Kargil that led to a limited conflict that Pakistan lost.

Vajpayee first became Prime Minister in 1996 after four decades in opposition. He lasted only 13 days as prime minister for lack of numbers. The lack of a stable majority ended his second stint in power from 1998 after 13 months. His government collapsed after AIADMK supremo J Jayalalithaa withdrew her support from the coalition. He was reelected in 1999 at the head of a more stable coalition that lasted its full term.The compulsions of coalition politics forced BJP to put on the backburner issues dear to its heart– scrapping of special status for Jammu and Kashmir, building a Hindu temple on the site of the mosque in Ayodhya and adopting a uniform civil code.

Widely respected within the country and abroad as a statesman of the genre of Jawaharlal Nehru, Vajpayee’s 1998-99 tenure as prime minister was characterised as one year of courage of conviction. It was during this period that India conducted a series of successive nuclear tests at Pokhran in May 1998. Those close to Vajpayee say his personal mission was to improve relations with Pakistan and the seeds were sown when he was the Foreign Minister in the Morarji Desai Government in the late seventies.

After the Lahore peace overtures failed to carry forward, another initiative was the historic Agra summit with General Pervez Musharraf in 2001 but that failed. The demolition of Babri Masjid in Ayodhya by kar sewaks on December 6, 1992 when he was the Leader of Opposition in Lok Sabha was an acid test for Vajpayee on where he stood on secularism.

Vajpayee’s trusted lieutenant L K Advani and most BJP politicians supported the demolition but Vajpayee condemned the attack unequivocally. His personal integrity has never been seriously questioned but arms bribery scandals have exposed corruption in his government and at times cast doubts on his judgement.

A bachelor, Vajpayee is also a poet of some repute and he is often quoted by his party. Born on December 25, 1924 at Gwalior, Madhya Pradesh to Krishna Bihari Vajpayee and Krishna Devi, Vajpayee, a high-caste Brahmin brought with him a long parliamentary experience spanning over five decades. He became a Member of Parliament for the first time in 1957.As a teenager Vajpayee was jailed briefly for opposing

British colonial rule, but played no major part in the freedom movement. He flirted with communism before choosing to support the Hindu nationalist Rashtriya Swamyamsevak Sangh (RSS) and the Jan Sangh – both right-wing organisations that later developed close links with the BJP.

Read Also, Which of Vajpayee’s bequests will the BJP honour

Vajpayee dropped out of law school to run an RSS magazine in the early 1950s. Later, he transcended his political roots in the RSS to emerge as the moderate voice of the BJP.

His involvement in politics began as a freedom-fighter during the Quit India Movement of 1942-1945. He started out as a communist but shed that for membership in the Rashtriya Swayamsevak Sangh (RSS), an organization propounding Hindutva, or Hindu Nationalism and considered Right-Wing in Indian politics.

Vajpayee became a close follower and aide to Shyama Prasad Mookerjee, founder of the Bharatiya Jana Sangh (BJS), BJP’s predecessor. Vajpayee was at Mookerjee’s side when he went on a fast-unto-death in Kashmir in 1953, to protest against the system of carrying a permit for entering the state and the “inferior” treatment of Indian citizens visiting Kashmir, as also the special treatment accorded to Kashmir because it had a Muslim majority.

Read Also, A leader for the ages – ahead of his times

Mookerjee’s fast and protest ended the identity card requirement, and hastened the integration of Kashmir into the Indian Union. But Mookherjee died after weeks of weakness, illness and confinement in jail. These events were a watershed moment for the young Vajpayee.

Taking the baton from Mookerjee, Vajpayee won his first election to Parliament in 1957. As the leader of BJS, he expanded its political appeal, organization and agenda. In spite of his youth, he soon became a respected voice in the opposition — one of reason and intelligence. His broad appeal brought respect, recognition and acceptance to a rising nationalist cultural movement.