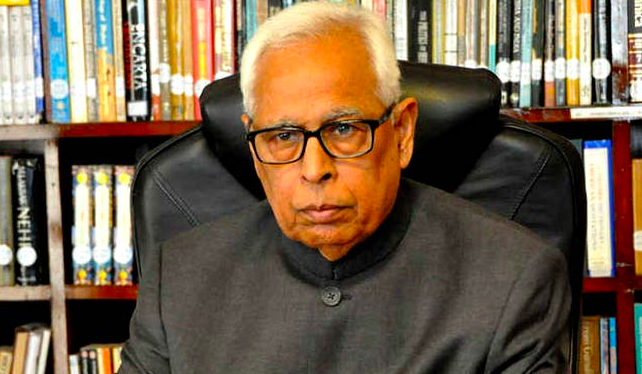 Former Jammu and Kashmir governor N N Vohra on Tuesday said the extent of academic loss in the union territory was huge and it brought bad reputation to the valley.

He said this referring to some past “disruptions” in Jammu and Kashmir that resulted in such loss for a large number of students there.

Vohra was speaking at a discussion on “Kashmir after 370”, organised by think tank Observer Research Foundation.

“Most of all, what has been the biggest loss in the last 10-20 years, I was there, is the loss of schooling, loss of college going children, loss of university going children. We have an agriculture university, a state university, a central university, and we have a national institute of technology. I can”t tell you the extent of academic loss,” said Vohra, who was the governor of the erstwhile state between 2008-18.

Referring to a news story that around 350 students of NIT had left Srinagar, he said all this in a way has brought bad reputation.

“I talk about local children, whether they are children of apple growers, clerks in the secretariat, truck drivers or those running shops at Lal Bazaar area.

“If our civil administration cannot 90 plus per cent guarantee a certain safe and secure environment for the local employee to live, work and operate and their children to go to school and come back and take the exam and so on. (Then) it is going to be a very difficult challenge (for the authorities there),” Vohra said.

Talking about bifurcation of the state into union territories, he said this change is perceived or brought about by kind of “intellectual persuasions”.

“That by keeping the UT of JK under the direct control of North Block for a given period of time would better lend to dealing with certain problems. There is an Act. There is a law that officers of the state, the police, the civil services and others (need) to perform their responsibility under that framework,” he said

To a question whether this change could have been achieved in the erstwhile set up, under President”s rule, Vohra said it would have depended upon “who is the governor? who is controlling the governor from here (Delhi) and what constraints, if any, are imposed from doing what has to be done”.

Theoretically, a union territory is a more controllable entity, he said.

Vohra also highlighted importance of keeping up the morale and dignity, particularly, of the state police and to have trust on their operational capability.