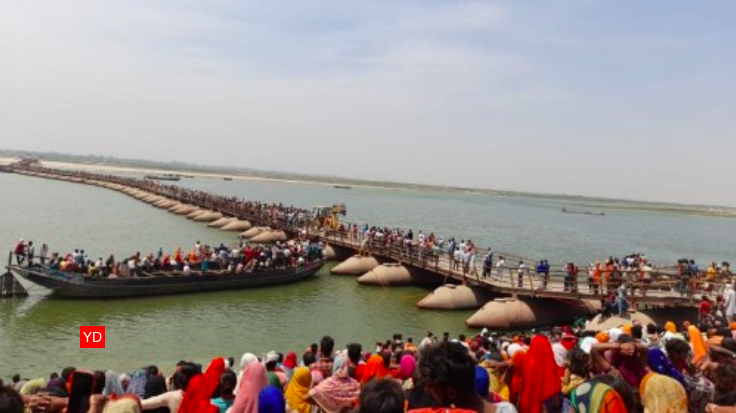 ‘Ganga Mashal’, an expedition by the Ganga Task Force was flagged on Wednesday, the concluding day of the three-day Ganga Utsav.

Part of ‘Meri Ganga Meri Shan’ campaign by the Ganga Task Force, a battalion of Territorial Army raised under Namami Gange Mission for various rejuvenation efforts, Ganga Mashal would travel along the holy river and halt at 23 locations where events to sensitize people and volunteers will be organised.

Flagging off the expedition, Union Minister for Law & Justice, Kiren Rijiju said, “Ganga Mashal is the best way to take Ganga Utsav forward in a dignified and inspiring manner.”

Brigadier Naveen Singh represented the Ganga Task Force at the flag off ceremony, a release from the Ministry of Jal Shakti said.

Director General, NMCG, Rajiv Ranjan Mishra, informed that well-known singers, musicians, artists, story-tellers, scholars and literary figures performed and participated in Ganga Utsav 2021. Also, there were launches such as first Chacha Chaudhary comics on Ganga rejuvenation, a song on Rivers of India by IIT Madras and much more.

He informed that this year Ganga Utsav is being celebrated across India; celebrations were held from Surat to Nagaland and from Leh to Kanniyakumari. “Ganga Utsav has shaped into nation-wide Nadi Utsav and this is just the beginning,” he said.

Apart from Rijiju, Union Minister for Jal Shakti Ganjendra Singh Shekhawat too attended the event, albeit virtually. He complimented Namami Gange for “laying the foundation of Nadi Utsav through successful conduct of Ganga Utsavs over last few years and the Ganga Utsav this year has laid foundation for strong Nadi Utsav in the country.”